The 2015 FIAT Doblò has been launched to the UK media at a special event staged in the Midlands. 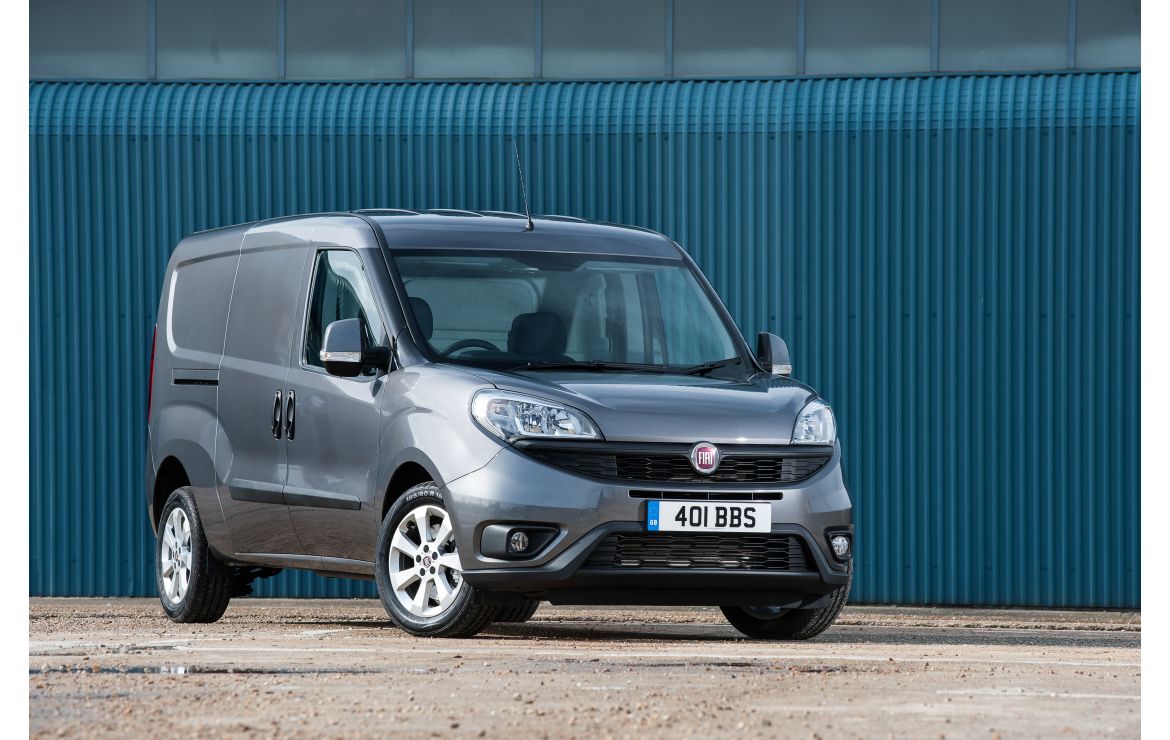 The 2015 FIAT Doblò has been launched to the UK media at a special event staged in the Midlands. The new fourth-generation FIAT Doblò features a fresh exterior design, improved engine performance for key models and a new "EcoJet" version engineered to lower fuel consumption and reduce running costs even further. The new Doblò is also the first vehicle to wear the full "FIAT Professional" logo on its tailgate, a signature which will appear on all new FIAT Professional commercial vehicles from now on.

With 1.4 million sales and numerous award accolades, including International Van of the Year in 2006 and 2011, the new FIAT Doblò retains many of the class-leading traits that have defined its critical and commercial success, such as its excellent dynamics, comfort and best-in-class load and volume capacities. But for 2015 these attributes are further supplemented with significant improvements for the cornerstone 1.3-litre and 1.6-litre turbo-diesel engines, which benefit from enhanced responsiveness -  more torque from lower revs - and improved efficiency of up to 12 percent. In the case of the 1.3-litre MultiJet II engine, for example, this responsiveness has increased by approximately 40 percent compared to the model it replaces, resulting in greater flexibility for more relaxed and efficient driving as well as livelier performance when circumstances demand.

The 90hp 1.3 MultiJet II and 105hp 1.6 MultiJet II engines are also available in new "EcoJet" versions which offer a further reduction in fuel consumption and emissions levels thanks to the use of Start&Stop; low rolling-resistance tyres; low-viscosity oil; an 'intelligent' alternator; a variable-displacement oil pump and a new aerodynamic pack. All this makes it possible to achieve a fuel economy figure of up to 64 MPG (4.4 L/100km) and CO2 emissions of just 115 g/km.

The technical improvements are only part of the story, of course. The 2015 FIAT Doblò Cargo also benefits from a complete redesign in line with the new, muscular design language first seen on the new FIAT Ducato. The sculpted bonnet and distinctive new headlamps combine with the bold new grille to add an air of sophistication and elegance to the 2015 FIAT Doblò's design. The sleek new front bumper, lower air intakes and fog light shrouds adopt a more car-like refinement while also hinting at the new Doblò's solidity and robustness, and at the rear new light clusters, with their sleeker shape and more sophisticated graphics, round out the Doblò's style revisions for 2015.

Inside, Doblò retains its current interior, which is highly regarded amongst UK customers for its ease-of-use; ample storage space; high comfort and specification levels and its ability to shrug off the rigours of daily use with ease. Responding to customer feedback, the 2015 Doblò benefits from a lighter and more fluid clutch action coupled with a shorter and more positive gear change, while additional soundproofing has resulted in an average reduction of 3dB in the cabin.

In terms of safety, the Doblò's safety credentials are enhanced by a full suite of standard driver aids including ESC (Electronic Stability Control), ABS brakes with EBD (Electronic Brake force Distribution), ASR (Anti Slip Regulation), HBA (Hydraulic Brake Assist) and Hill-Holder systems that help the driver during hill starts. A passenger airbag and lateral airbags, as well as TPMS (Tyre Pressure Monitoring System) are part of theDoblò's optional safety arsenal. Underpinning all of this, of course, is the FIAT Doblo's class-leading chassis, the highlight of which is its sophisticated bi-link rear suspension which combines a smooth and quiet ride with sharp yet predictable handling, even when laden - an ideal set-up to prevent drivers getting into the trouble in the first place.

Naturally, the hugely versatile load compartment remains central to the vehicle's appeal. With a payload of up to one tonne, the Doblò's load bay is defined by a flat floor with minimal wheel arch intrusions and practical squared-off shape - again, thanks to the bi-link rear suspension! The load area, which can be specified up to 5m3, is accessed via rear doors which helpfully open to 180-degrees with hard-wearing and ergonomic handles (the rear door, for example, can be opened and fully extended using just your "pinkie" finger - perfect when holding heavy boxes).

New options for the 2015 Doblò include a new Gateway module for vehicle telematics, a power folding door mirror function, DAB preparation for aftermarket audio systems and, available shortly after launch, the Traction+ system which has already proved itself in the Fiorino and Ducato. Traction+ enables drivers to make sure-footed progress even on low-grip surfaces, such as snow or mud, without increasing the weight of the vehicle, thereby avoiding the increased running costs associated with full 4x4 systems.

Since it was first launched in 2000, the FIAT Doblò has amassed more than a million sales in more than 80 different countries, including North America where it retails as the RAM Promaster City, the New Doblò has become a global vehicle like its Ducato sibling and it will undoubtedly contribute towards the growth of FIAT Chrysler Automobiles in the light commercial vehicles sector - a segment which accounts for approximately 25 percent of the total light commercial vehicle market in Europe.

As in the previous generations, the New Doblò will be produced in the Tofaş plant in Bursa, Turkey, one of the best industrial automotive sites in the world, as demonstrated by the Gold Medal it was awarded during the World Class Manufacturing assessment.

Further information on the new FIAT Doblò, as well as the other models in FIAT Professional's award-winning range of commercial vehicles, is available at www.FIATprofessional.co.uk.