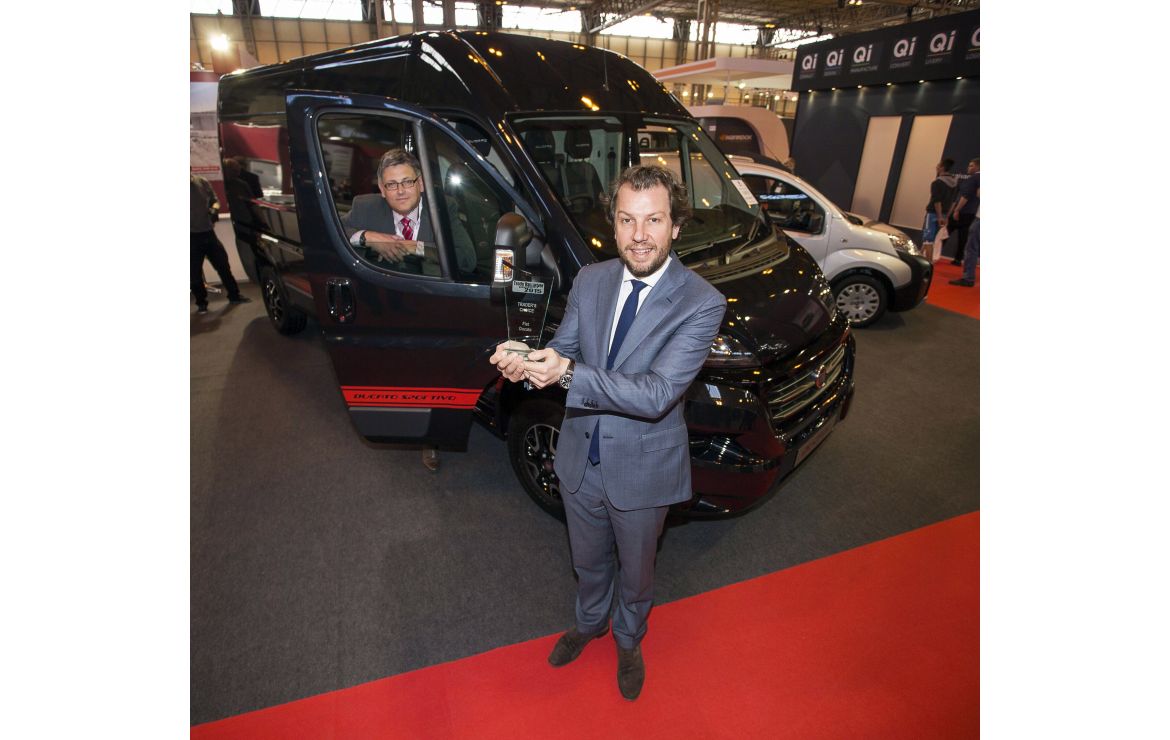 Adjudicated not only by a team of expert Trade Van Driver journalists but also by a panel of readers who use light commercial vehicles as an integral part of their businesses, the Trade Van Driver awards offer a true reflection of the thoughts and feelings of its readership.

Commenting on the FIAT Ducato, the judges noted: "Trade van buyers have special needs. They want low front end costs, good build quality, frugal running costs and good residual values. The Ducato ticks each one of these boxes, making it an ideal winner."

Commenting on the second win for the FIAT Fiorino in the "City Van" category, the jury said: "The Fiat Fiorino well and truly broke the mould in the city van sector when it was first launched in 2008, with its tough build quality and high-cube loadspace. Since then, in the eyes of the judges, no other rival has come close to matching the style, practicality and cost-effectiveness of this cheeky little performer."

Sebastiano Fedrigo, Director, FIAT Professional UK, said: "We are very happy that the editorial experts and readers of Trade Van Driver have recognised the class-leading attributes of the FIAT Ducato, not only in terms of versatility, performance and features but also the equally important elements that owner-operators and small-fleet managers really appreciate - the customer service, the real-world running costs and peace of mind you get from knowing you're running a tough and dependable van. This is equally true of the FIAT Fiorino - it may be much smaller and more affordable, but our Fiorino operators get the same high levels of engineering, content, support and service as all FIAT Professional customers.

The Trade Van Driver Awards aim to give recognition to the manufacturers, firms and people who, in the opinion of the judges, offer the very best to retail van buyers. Both trophies were presented to Sebastiano Fedrigo, Director, FIAT Professional UK, by Matthew Eisenegger, editor of Trade Van Driver, at the 2015 Commercial Vehicle show held at The NEC Birmingham this week.