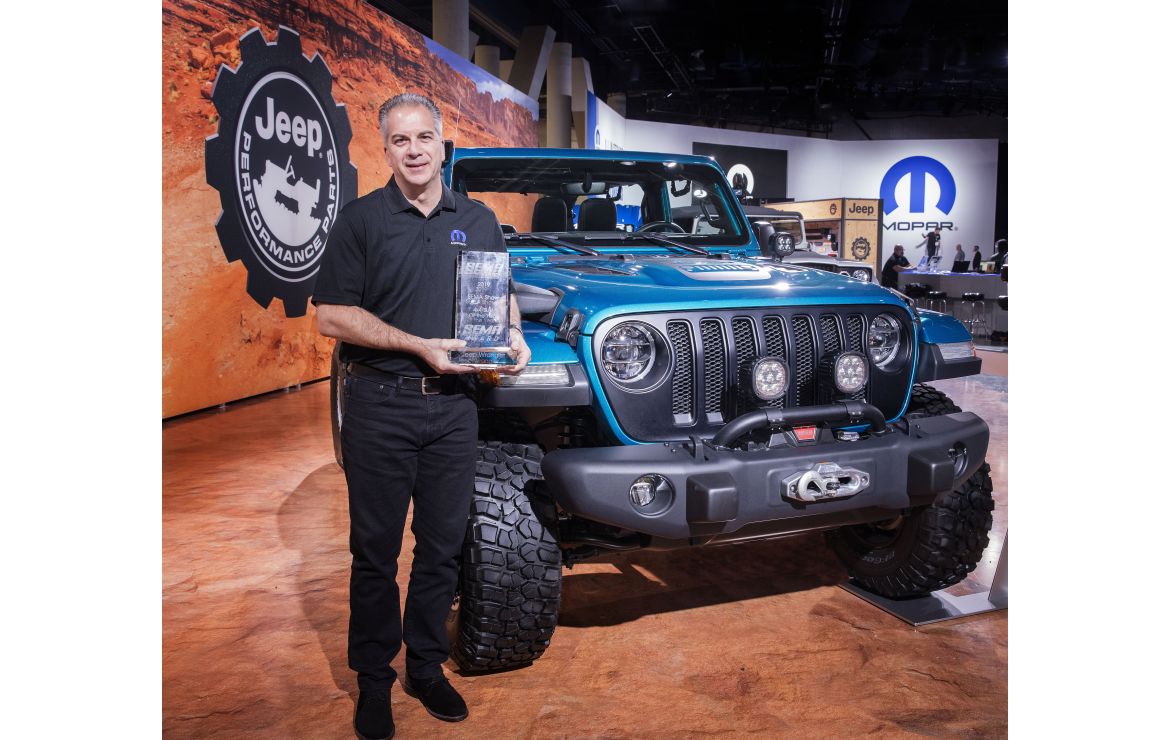 November 10, 2019, Las Vegas - The Jeep® Wrangler continues an unprecedented and unbroken run of success in Las Vegas after being named the hottest 4x4/SUV for the 10th straight year at the Specialty Equipment Market Association (SEMA) Show in Las Vegas.

The Jeep Wrangler remains the only vehicle to earn the trophy since the 2010 launch of the SEMA Awards.

"Just as there are no limits when it comes to the capabilities of the Jeep Wrangler, the same could be said of the many options available to personalize the Jeep Wrangler," said Mark Bosanac, Head of Mopar Service, Parts & Customer Care, FCA - North America. "We are proud and honored to win '4x4/SUV of the Year' award for 10 years in a row, which is a testament not only to the staying power of the Jeep Wrangler but also to the passion and creativity of the aftermarket community, which continues to select the Jeep Wrangler as a perfect canvas for customization."

The SEMA Awards, launched in 2010, are the Show's definitive Original Equipment Manufacturer (OEM) honors, shining a light on the hottest vehicles that showcase and launch aftermarket parts.

"It's no surprise that SEMA Show exhibitors voted the Jeep Wrangler the 4x4/SUV of the Year," said Chris Kersting, SEMA President and CEO. "With so many options available, the Jeep continues to be a favorite for personalization. Its versatility is limitless, appealing to daily drivers as well as off-roaders."

The Mopar brand's 15,000-square-foot display at the SEMA Show, scheduled for November 5-8, will feature 14 different customized vehicles including a Moparized version of the SEMA award-winning Jeep Wrangler Rubicon, an overlanding-themed Ram 1500 Rebel OTG concept and a reimagined 1968 Dodge D200-series pickup.

Mopar has additional news on tap for its annual Mopar SEMA press briefing, which will take place on Tuesday, November 5, at 7:26 p.m. Eastern/4:26 p.m. Pacific. The presentation can be viewed live online at Mopar.com.