Dodge and The LEGO Group have announced a partnership that pairs the two iconic brands through a new multimedia marketing campaign. The campaign launched with a new 30-second television commercial - 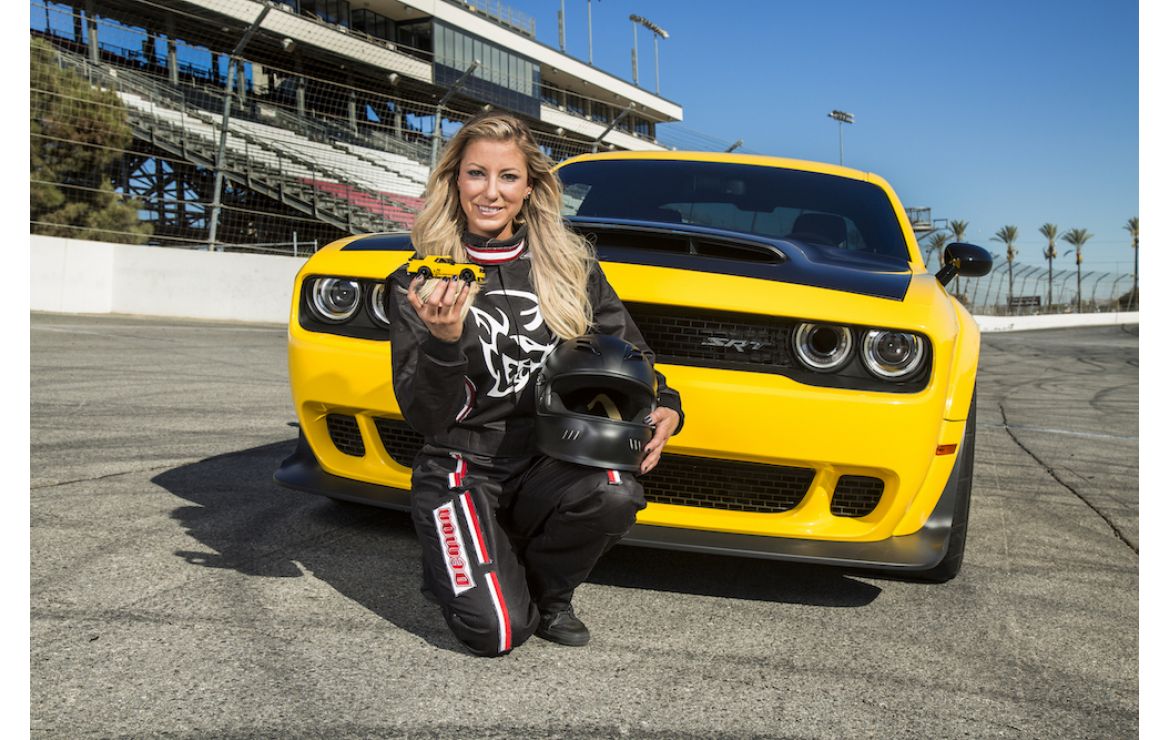 Dodge and The LEGO Group have announced a partnership that pairs the two iconic brands through a new multimedia marketing campaign. The campaign launched with a new 30-second television commercial - “Metamorphosis” - that first broke across the Dodge brand’s Instagram, Twitter, Facebook and YouTube channels. The initiative also includes a new LEGO® Speed Champions building set that features the 2018 Dodge Challenger SRT Demon and the 1970 Dodge Charger R/T.

“We know that many of our Dodge//SRT enthusiasts become fans of the brand at an early age, and like me, also grow up building LEGO vehicles that we dream of one day driving on the road,” said Steve Beahm, Head of Passenger Car Brands, Dodge//SRT, Chrysler and FIAT - FCA North America. “With the new Speed Champions set featuring the 2018 Dodge Challenger SRT Demon and the 1970 Dodge Charger R/T, our youngest fans can now build and jump into the ‘drivers’ seat of two of their ultimate fantasy muscle cars.”

“We are thrilled to bring the exciting Dodge designs to a LEGO build and play experience that is sure to capture the imaginations of not only LEGO fans, but also car lovers and the passionate community of Dodge enthusiasts around the world,” said Chris Stamp, Senior Designer, LEGO Group.

The 30-second Dodge spot “Metamorphosis” was created in partnership with GSD&M.

About the LEGO Group: The LEGO Group’s mission is to inspire and develop the builders of tomorrow through the power of play. The LEGO System in Play, with its foundation in LEGO bricks, allows children and fans to build and rebuild anything they can imagine. The company was founded in Billund, Denmark, in 1932 by Ole Kirk Kristiansen, its name derived from the two Danish words LEg GOdt, which mean “Play Well”. Today, the LEGO Group remains a family-owned company headquartered in Billund. However, its products are now sold in more than 140 countries worldwide. For more information, visit: www.LEGO.com.

About Dodge//SRT: Dodge//SRT offers a range of performance vehicles that stand out in their own segments. Dodge is the mainstream performance brand and SRT is positioned as the ultimate performance halo of the Dodge brand, together creating a complete and balanced performance brand with one vision and one voice. For more than 100 years, the Dodge brand has carried on the spirit of brothers John and Horace Dodge, who founded the brand in 1914. Their influence continues today. The 2019 Middle East Dodge line-up includes the Charger, Challenger, Durango and Neon - a range that offers performance at every price point.