Save The Best for Last 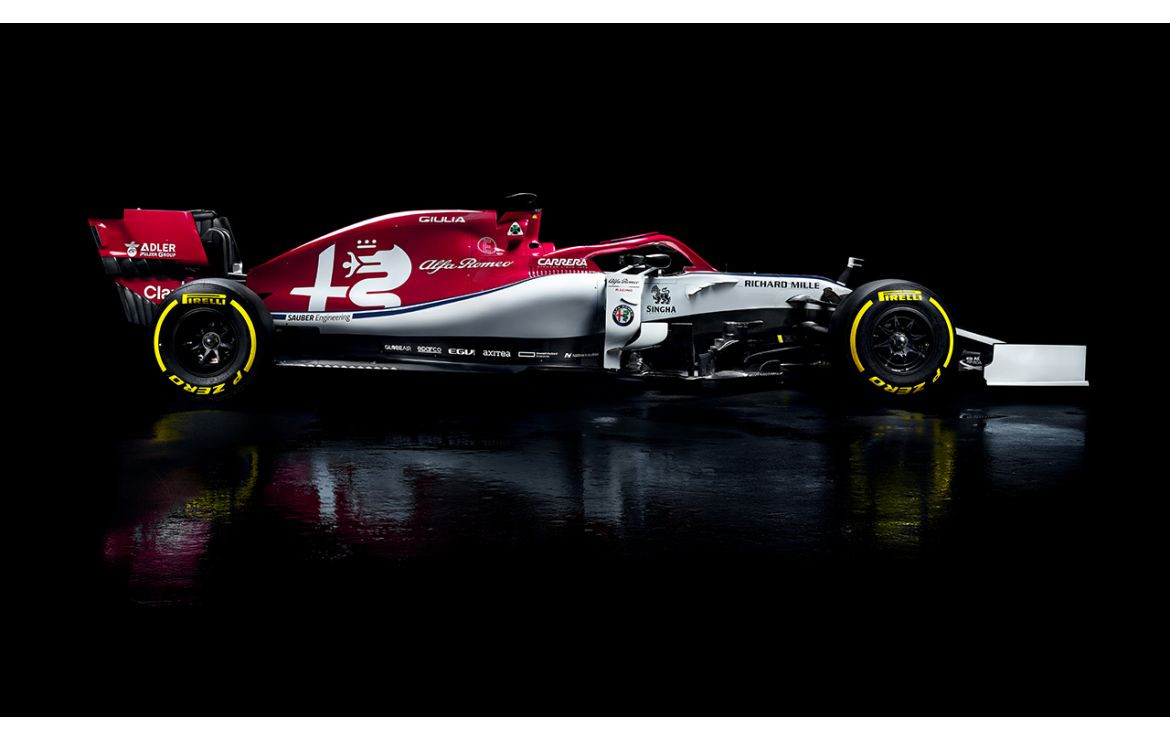 Last but not least.

A shame that our friends from Wikipedia didn't show up, as it would have made their job of updating our page so much easier.

Boy will they be busy, as there is a lot to do:

New drivers: Kimi Räikkönen and Antonio Giovinazzi. Iceman and Giovi. Thanks to Title Sponsor Alfa Romeo, one (Kimi) is driving the Stelvio with the number 7, the other (Antonio) has the pleasure to deal with Giulia in the car with number 99, which is an homage to his earlier career.

New livery: already a stunner in 2018, this livery is even cooler and sexier, combining the classic colours of the traditional Sauber team - white and blue - with the iconic red symbolizing one of the most historical brands in racing, Alfa Romeo.

New sponsors: our Comms office was nearly as busy as Zurich airport as press releases about new partners "departed" on an hourly basis.

New technical features: Team Principal Frédéric Vasseur and Technical Director Simone Resta don't want us to go into any detail, but let's say we used the winter months for getting creative rather than skiing in the Swiss alps.

We believe that's enough exciting news for one day, but it's fair to say that the team behind Alfa Romeo Racing looks forward to a new shot at proving their potential and scoring big in 2019.

Frédéric Vasseur, Team Principal Alfa Romeo Racing and CEO Sauber Motorsport AG:
"We are proud to present the Alfa Romeo Racing C38 - a car which is the result of the important work of each of member of our team, at our factory in Switzerland as well as at the track. The livery brings out last year's features in a stronger and more edgy way. We are proud to display the logos of our partners, who have joined us in the scope of the expansion of our commercial activities, on these cars. I would like to thank everyone who has worked towards creating this car for their relentless enthusiasm for our team's mission and our sport, and we look forward to continuing to make progress and fight for strong results in the upcoming championship."

Simone Resta, Technical Director Alfa Romeo Racing:
"Since joining the team last year, I have seen progressive growth on all fronts and am very pleased to see the result of the hard work completed over the course of this winter, our 2019 Formula One contender, the new Alfa Romeo Racing C38. All departments have been collaborating well and the whole team has been pushing in the same direction. We have set ambitious targets for this season which brings along a significant change in regulations - mainly from an aerodynamic point of view. We have a great driver line-up and look forward to hearing their feedback in the next two weeks of testing ahead of the first Grand Prix in Melbourne."

Kimi Räikkönen (car number 7):
"The car looks great. The livery design is nice. A lot of partners have joined to support this team which is a positive, and we thank them for believing in us. I look forward to getting on track now and learning more about the C38 during the next two weeks of testing."

Antonio Giovinazzi (car number 99):
"I think it is a beautiful car - the design of the livery is great, very clean, and I like the colours a lot. It is my first own car in Formula One and it is something very special to me. We have many great sponsors who support us and we are very thankful for their confidence in our team. I really look forward to jumping into the C38 for the first time this week."

About the Alfa Romeo brand: Since its founding in Milan, Italy, in 1910, Alfa Romeo has designed and crafted some of the most stylish and exclusive cars in automotive history. That tradition lives on today as Alfa Romeo continues to take a unique and innovative approach to designing automobiles.

In every Alfa Romeo, technology and passion converge to produce a true work of art - every detail essential, every design the perfect harmony between beauty and purpose, engineering and emotion. Fully reviving Alfa Romeo’s spirit and maximizing its global appeal has been one of FCA’s priorities. Following a clear and well-defined strategy, Alfa Romeo is writing a new chapter in its more than century-long history that represents an extraordinary opportunity to realize the brand’s full potential.

Today, Alfa Romeo is a true showcase of the Group’s best resources, talent and technological know-how. First with the Giulia, and more recently with the Stelvio, Alfa Romeo has created two models that capture the pure and original spirit of the brand - that instantly recognizable thoroughbred character. These models are testament to Alfa Romeo’s La meccanica delle emozioni spirit and quintessential examples of what people have come to expect from this prestigious brand. Alfa Romeo is winning the hearts of a new generation and retaking its rightful position as one of the world’s most desired premium brands. It is, once again, one of the leading symbols of Italian engineering and style, an icon of Italy’s technological excellence and creative spirit. After more than 30 years of absence from Formula One, the brand announced its return to the sport in 2018 as Title Sponsor of the Sauber F1 Team.

About the Sauber Group of Companies: The Sauber Group of Companies is composed of three entities - Sauber Motorsport AG, which operates the Formula One team - Sauber Engineering AG, which focuses on prototype development and additive manufacturing - and Sauber Aerodynamik AG, which conducts full- and model-scale testing in the factory’s state-of-the-art wind tunnel and creates ground-breaking innovations in the field of aerodynamics. The companies collaborate closely to apply the expertise of over 450 dedicated individuals at the headquarter in Hinwil, Switzerland, to all internal and external projects.

Since its founding in 1970, the passion for racing has been at the heart of Sauber. For over 45 years, the innovative Swiss company has been setting standards in the design, development and construction of race cars for various championship series, such as Formula One, DTM, and WEC. Following its own Formula One debut in 1993, Sauber Motorsport AG has established one of the few traditional and privately held teams in the sport. After 25 years of competition in Formula One, the company launched a long-term partnership with Title Sponsor Alfa Romeo in 2018 and enters the 2019 championship under the Team name Alfa Romeo Racing.