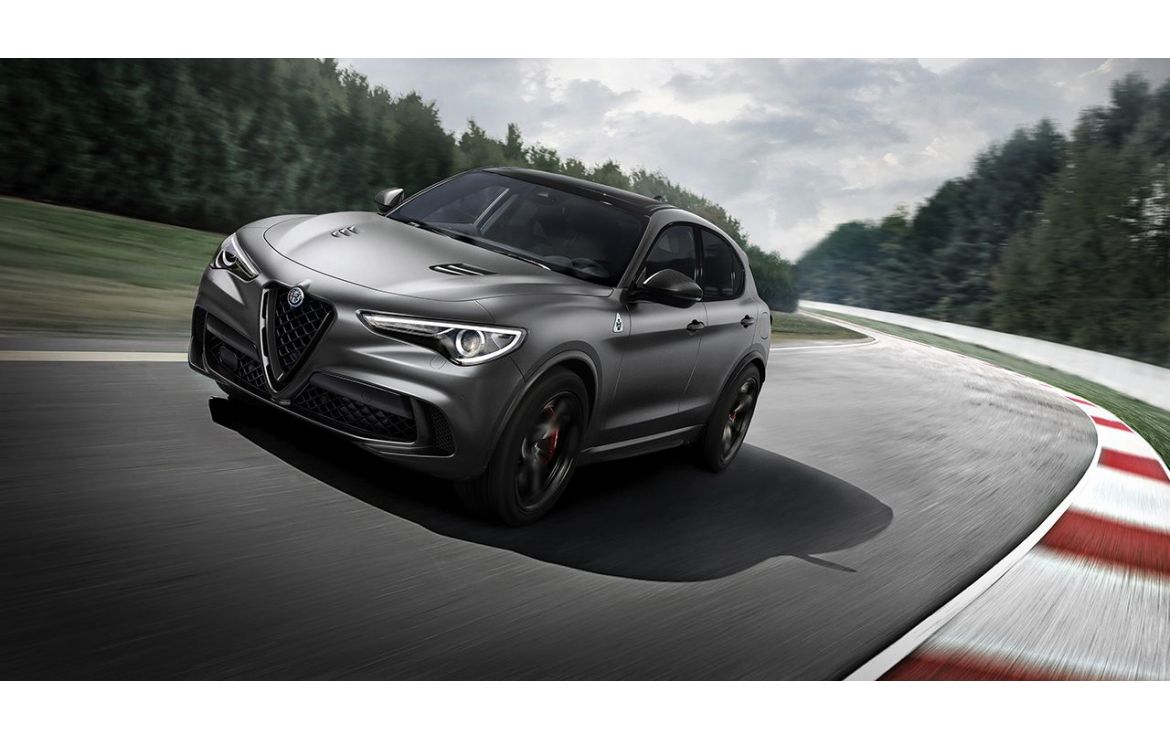 Alfa Romeo cars have been delighting motorists for 108 years with their Italian style, which evokes performance, technology and driving pleasure just waiting to be unleashed at a turn of the ignition key.

This year, visitors to the Geneva International Motor Show will clearly see that the brand has further evolved towards more extreme performance, exclusiveness and the opportunity for owners to customise their Alfa Romeo with care and a choice of details reserved for top fashion houses. The distinctive features of a tailored garment are all present in the mechanical creations displayed in Geneva - Stelvio, Giulia, 4C Spider and 4C Coupé are sure to fascinate enthusiasts and onlookers with their new looks, some focused on performance and others on premium materials, also through exquisite special series.

All eyes will be on the exciting Nürburgring Edition of Stelvio Quadrifoglio sporting the "NRING" badge, of which 108 will be made, one for each year of the history of Alfa Romeo. This is not just a car - it is the tangible expression of invention, hard work and dedication, the secret to achieving the most ambitious goals and smashing enduring records, and also expressing an almost sensual pleasure in the result attained. The special Nürburgring Edition sporting the "NRING" badge celebrates the SUV capable of doing a lap of the legendary circuit in 7 minutes 51.7 seconds, the fastest time ever in its class.

Quadrifoglio - one word is enough to identify a car in a class of its own - one that defies all normal categorisation. This applies to both Stelvio and Giulia, which are ready to stun the public in Geneva and continue to seduce, on a daily basis, the 108 lucky owners of the special Nürburgring Edition, sporting the "NRING" badge, through, for example, the 510 hp 2.9-litre V6 Twin-Turbo engine, the Torque Vectoring differential and Chassis Domain Control (CDC) that characterise these models, in addition to a specific livery, a prestigious name and details that together contribute to make them supreme examples of Alfa Romeo excellence.

It's no coincidence that these two outstanding cars bear the name of the famous German circuit: Alfa Romeo cars started to record victories at the Nürburgring in the 1930s, in the hands of world class drivers such as Tazio Nuvolari, who won the German Grand Prix at the wheel of a 8C 2300 Tipo Monza in 1932 and a Tipo B-P3 in 1935. Other memorable years were 1966, when the Giulia Sprint GTA became the first GT to make it round the 'Ring in under ten minutes, and 1975, when the 33 TT 12 driven by Arturo Merzario triumphed in Germany before going on to win the World Sportscar Championship. Last but not least, on June 10, 1993, Nicola Larini's 155 V6 Ti won both heats of the most prestigious race of the "DTM" championship, held on the Nürburgring circuit. The Italian driver repeated Nuvolari's feat by winning the race with a crushing victory over the other cars, all of them German.

Racing track thrills will be found in the Quadrifoglio area, where the Stelvio and Giulia Nürburgring Editions, proudly sporting the "NRING" badge, celebrate the records scored by the two models, and continue in the space dedicated to Giulia Veloce Ti and Stelvio Super with Sport Pack, the new Performance Pack and new leather dashboard and door panels. Both cars are equipped with Q4 all-wheel drive. The more elegant personality of the brand is expressed by the Luxury Pack on Stelvio and Giulia, while its sporty, bespoke spirit is embodied by the 4C range, with the "Competizione" and "Italia" special editions created for Coupé and Spider.

In the Middle East, the Alfa Romeo range is available from the following official distributors: