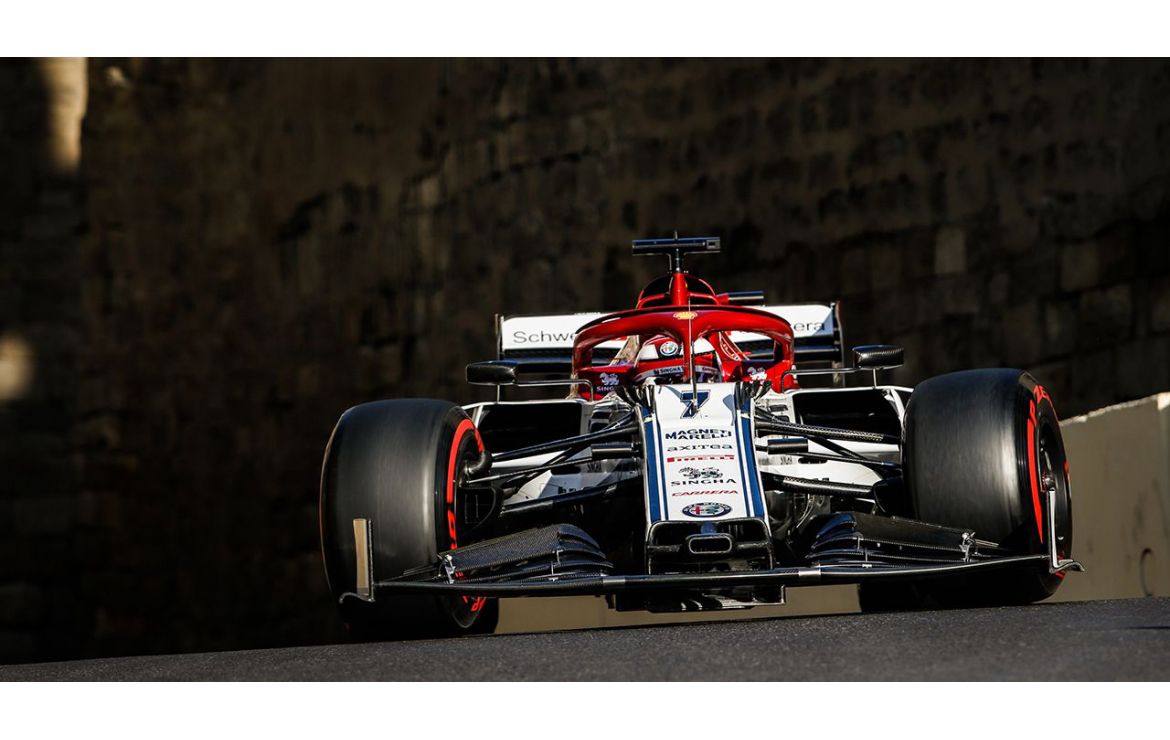 Frédéric Vasseur, Team Principal Alfa Romeo Racing and CEO Sauber Motorsport AG:
"As happy we've been after yesterday's qualifying, the more disappointed we are after the race. One point I call damage limitation, but to be honest it could have been more. The bad news came this morning regarding Kimi's front wing. It was a marginal error with the deflection - on Antonio's car the same front wing with the same specification was fine -  but the consequence was that we had to change the specification and Kimi had to start from the pit lane. And as surprisingly there was no safety car this time, we were stuck in traffic with both cars, and whilst both Kimi and Antonio did a got job, our race was compromised."

Kimi Räikkönen (car number 7):
Alfa Romeo Racing C38 (Chassis 02/Ferrari)
Result: 10th. Start on soft tyres and after 8 laps change to medium tyres
"Not an easy weekend for us. Wasn't the plan to start from the pit lane but it is what it is, so one point is kind of the maximum we could achieve today. We pitted earlier to get out of the traffic but then I struggled for the whole race with switching the tyres on. Bit disappointed as I was expecting a lot more but I have the feeling that the next race will be easier for us."

Antonio Giovinazzi (car number 99):
Alfa Romeo Racing C38 (Chassis 03/Ferrari)
Result: 12th. Start on soft tyres and after 7 laps change to medium tyres
"It was a challenging race. We started from P17 on the grid due to my 10-place penalty. I lost too much time to stay out in the first stint and got stuck in traffic. It's a shame because I had a good pace but unfortunately there was no safety car and I couldn't challenge for a place in Top Ten. Now I have to stay focused and keep working for the next race in Barcelona."

Media information:
All press content from the weekend in Baku is available at the following link: https://bit.ly/2GC909T

About Alfa Romeo brand:
Since its founding in Milan, Italy, in 1910, Alfa Romeo has designed and crafted some of the most stylish and exclusive cars in automotive history. That tradition lives on today as Alfa Romeo continues to take a unique and innovative approach to designing automobiles.In every Alfa Romeo, technology and passion converge to produce a true work of art - every detail essential, every design the perfect harmony between beauty and purpose, engineering and emotion. Fully reviving Alfa Romeo's spirit and maximizing its global appeal has been one of FCA's priorities. Following a clear and well-defined strategy, Alfa Romeo is writing a new chapter in its more than century-long history that represents an extraordinary opportunity to realize the brand's full potential. Today, Alfa Romeo is a true showcase of the Group's best resources, talent and technological know-how. First with the Giulia, and more recently with the Stelvio, Alfa Romeo has created two models that capture the pure and original spirit of the brand - that instantly recognizable thoroughbred character. These models are testament to Alfa Romeo's La meccanica delle emozioni spirit and quintessential examples of what people have come to expect from this prestigious brand. Alfa Romeo is winning the hearts of a new generation and retaking its rightful position as one of the world's most desired premium brands. It is, once again, one of the leading symbols of Italian engineering and style, an icon of Italy's technological excellence and creative spirit. After more than 30 years of absence from Formula One, the brand announced its return to the sport in 2018 as Title Sponsor of the Sauber F1 Team.