For the first race of the season, it was an ok race. We had some small issues which we could not have anticipated and both drivers put up a good fight. We are returning home with 4 points, which is a positive. To start the season with one car in the top ten is a good achievement and we will push hard to score some more points at the next Grand Prix in Bahrain. 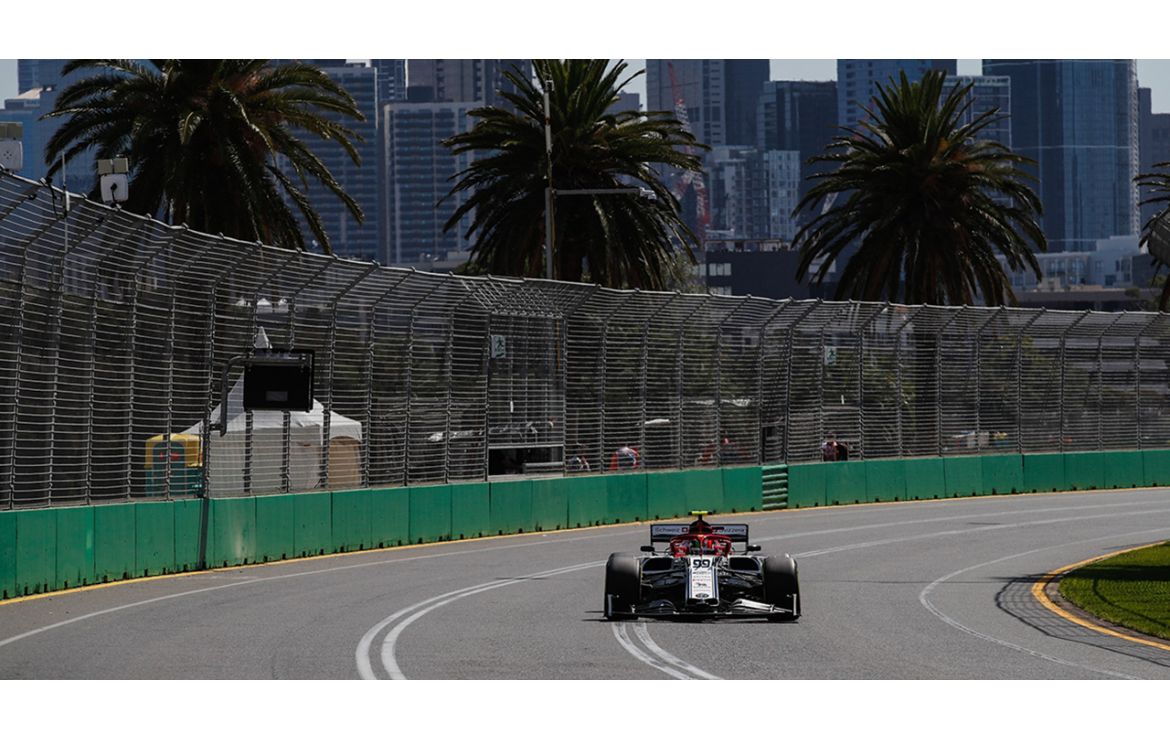 
Frédéric Vasseur, Team Principal Alfa Romeo Racing and CEO Sauber Motorsport AG:
"For the first race of the season, it was an ok race. We had some small issues which we could not have anticipated and both drivers put up a good fight. We are returning home with 4 points, which is a positive. To start the season with one car in the top ten is a good achievement and we will push hard to score some more points at the next Grand Prix in Bahrain."


Kimi Räikkönen (car number 7):
Alfa Romeo Racing C38 (Chassis 02/Ferrari)
Result: 8th. Start on soft (C4) tyres, after 12 laps change to medium (C3) tyres
"Our car was pretty strong in the race, but then we got stuck behind cars and there is not much you can do. It seems that it is easier to get closer to the car in front of you but it's still very hard to overtake. In addition, we had an issue with the temperature of the rear brakes as one of the tear-offs from the visor went in and that's why we had to pit earlier than planned. But as I said, the car has a lot of speed and it felt good, so I'm looking forward to the race in Bahrain."


Antonio Giovinazzi (car number 99):
Alfa Romeo Racing C38 (Chassis 03/Ferrari)
Result: 15th. Start on medium (C3) tyres, after 27 laps change to soft (C4) tyres
"It was a tough race. I picked up some damage to my car on lap 1 and after that it was challenging to stay up to speed. There were some battles and I did my best to defend my position. It was only the first race of the season, so I look forward to fighting for a stronger result in Bahrain."

About Alfa Romeo brand:
Since its founding in Milan, Italy, in 1910, Alfa Romeo has designed and crafted some of the most stylish and exclusive cars in automotive history. That tradition lives on today as Alfa Romeo continues to take a unique and innovative approach to designing automobiles.
In every Alfa Romeo, technology and passion converge to produce a true work of art - every detail essential, every design the perfect harmony between beauty and purpose, engineering and emotion. Fully reviving Alfa Romeo's spirit and maximizing its global appeal has been one of FCA's priorities. Following a clear and well-defined strategy, Alfa Romeo is writing a new chapter in its more than century-long history that represents an extraordinary opportunity to realize the brand's full potential. Today, Alfa Romeo is a true showcase of the Group's best resources, talent and technological know-how. First with the Giulia, and more recently with the Stelvio, Alfa Romeo has created two models that capture the pure and original spirit of the brand - that instantly recognizable thoroughbred character. These models are testament to Alfa Romeo's La meccanica delle emozioni spirit and quintessential examples of what people have come to expect from this prestigious brand. Alfa Romeo is winning the hearts of a new generation and retaking its rightful position as one of the world's most desired premium brands. It is, once again, one of the leading symbols of Italian engineering and style, an icon of Italy's technological excellence and creative spirit. After more than 30 years of absence from Formula One, the brand announced its return to the sport in 2018 as Title Sponsor of the Sauber F1 Team.