Abarth will be turning 70 in a few days 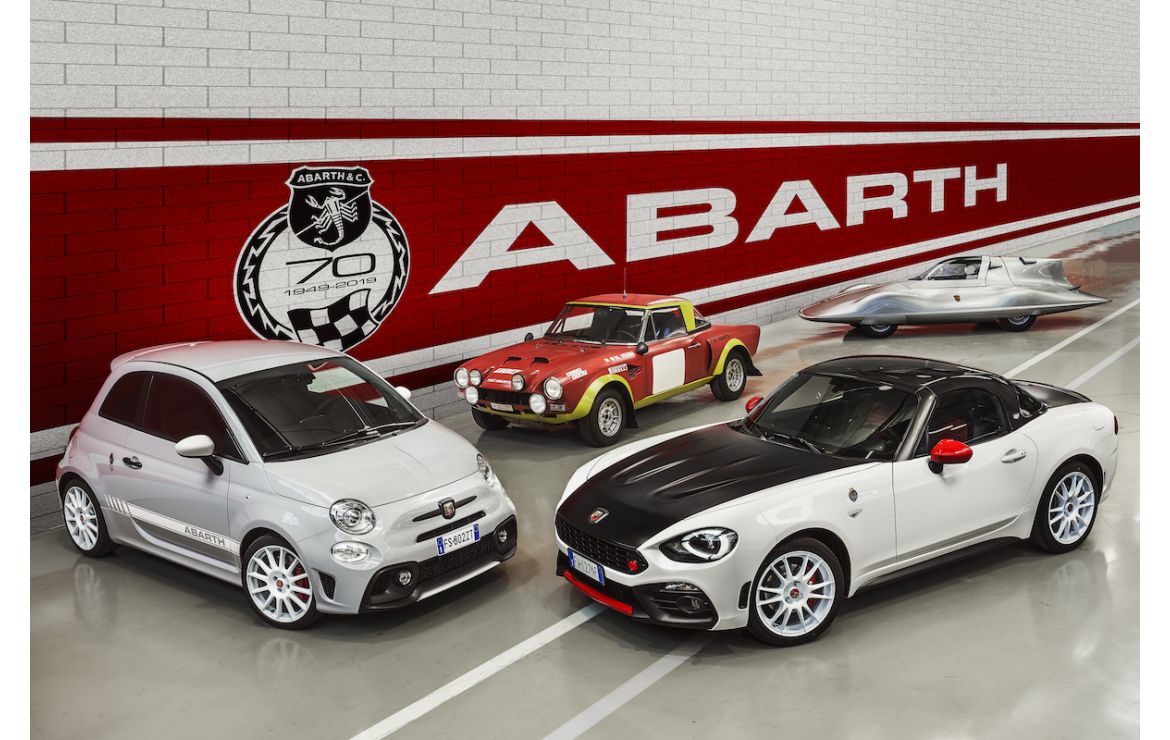 Abarth will be turning 70 in a few days’ time. This important milestone in motorsports is another record for the Italian brand, which is still fuelling the dreams of fans worldwide today more than ever.

Celebrating this anniversary means remembering the invaluable people, the sporting achievements and the technological heritage of Abarth as well as consolidating the strong bond that unites various generations of customers - all under the banner of the founder's mission of maximum performance, craftsmanship and constant technical refinement.

“Telling the key stages of Abarth is an opportunity to rediscover the record-breaking cars, the revolutionary tuning kits and legendary races that marked the technological progress and motorsport accomplishments of the brand,” said Luca Napolitano, Head of the Fiat and Abarth brands EMEA.

“All this belongs to the past and to the present of Abarth, together with the commitment and pride of the people who over time have worked in the factories and offices and on the race tracks, with a little extra something. Besides sporting satisfaction, for the engineers and technicians of the brand with the Scorpion badge, races are tough proving grounds where the most innovative technological solutions can be tested in the most adverse conditions before carrying them across to the street-legal Abarth models. In this way, we can achieve the very best in terms of performance, safety and reliability and offer it to our customers”.

This is one of the secrets of the vitality of the brand, which continues to fascinate, as confirmed by record-breaking sales in Europe last year, with nearly 23,500 new registrations that marked a 36.5% growth on 2017. The results were particularly outstanding in some markets. For example, Abarth set its national record in the United Kingdom with 5,600 units sold and a growth of 27%, while  Spain sold 1,450 units, also representing a growth of 27%. What’s more, the brand’s fan base is expanding at a dizzying rate across Europe, with nearly 110,000 members registered to the Abarth Scorpionship community.

Enthusiasm among fans is also running high following the remarkable accomplishments of the Abarth 124 Rally which, after a success packed season in all the national and international rally championships it competed in, has been renewed this year (follow the link for more information) by capitalising on the experience of the first two racing seasons and continuous development work of the Abarth team. The goal is simple: to keep being the car to beat in the R-GT class.

The Abarth ‘70th Anniversary’ Abarth 595 and Abarth 124 models, identified on the outside by a special badge to make these 2019 cars unique and exclusive, was launched to celebrate the brand’s motorsports achievements and the important milestone (follow the link for the press release).

Celebrations continued at the recent Geneva Motor Show with the presentation of the new 595 esseesse, also sporting the celebratory badge, and by the limited edition 124 Rally Tribute, of which only 124 will be made. Follow this link for more information on this news.

In summary, celebrating the first 70 years of Abarth will be a genuine journey into the roots of the legend, to understand where it comes from and how the inimitable personality that makes the cars with the Scorpion badge immediately recognisable on every day roads was built.

The legend of the brand with the Scorpion badge started on 31 March 1949 when Carlo Abarth (1908-1979) founded Abarth & C. with driver Guido Scagliarini. Their first car was the 204 A derived from the Fiat 1100. It commanded attention on 10 April 1950 when Tazio Nuvolari drove it to win his last race, the Palermo-Monte Pellegrino. Since then, the history of Abarth has been full of racing and industrial records, always in the spirit of the founder to combine maximum performance, craftsmanship and constant technical refinement.

Actually, Carlo Abarth's interesting career started with motorcycles not cars. At the age of twenty, he racked up his first wins as a rider on a Motor Thun, then the next year he built his first customised motorbike under the Abarth brand. Unfortunately, during a competition at Linz, an accident forced him to abandon motorbikes. He continued competing with sidecars, a vehicle that he made famous in exploits endeavours such as the race against the Orient Express train - that he won, of course. A second serious accident in 1939 forced him to abandon racing completely. This marked a new beginning for Carlo Abarth.

In 1945, he moved to Merano and became an Italian citizen. Then, after a brief experience in Cisitalia, he founded Abarth & C. in 1949 and had the inspiration to supplement racing activities with the production of his famous tuning kits for mass-production cars to increase power, speed and acceleration. Noteworthy components of the kit were the exhaust pipes, which, over the years, became a true icon of the “Abarth style”. In the space of just a few years, Abarth & C. went global. By 1962 it was producing 257,000 exhaust pipes, 65% of which are destined for export markets.

The pinnacle of success came at the end of the 1950s and in the 1960s. Here are some examples: in 1956, with a Fiat Abarth 750 designed by Bertone, the brand broke the endurance and speed record. On 18 June, on the Monza racetrack, it broke the 24-hour record covering 3,743 km at an average speed of 155 km/h. Then, from 27 to 29 June on the same circuit, it racked up a number of records - the 5,000 and 10,000 km, the 5,000 miles and also the 48 and 72 hours. The same vehicle was designed by Zagato in two different versions: the Fiat Abarth 750 Zagato (1956) and the Fiat Abarth 750 GT Zagato (1956). The roar of the car reached the ears of Franklin Delano Roosevelt Jr., son of the President of the USA, who rushed to Italy to personally sign an exclusivity contract for the distribution of these vehicles with Abarth.

In 1958, Abarth completed a true work of art on the new Fiat 500, completely transforming the small utility car and enhancing its potential to the maximum. In the same year, the brand intensified its partnership with Fiat, as Fiat committed itself to awarding Abarth cash prizes based on the number of victories and records that the team achieved. This formed the basis of the impressive winning streak to come - 10 world records, 133 international records and more than 10,000 victories on the track. The legend continued to grow more and more, becoming a household name.

The 1960s were the golden decade for Abarth. “Abarth” became the byword for speed, courage, performance and development. And the list of vehicles which engraved the name of Abarth in the history of motor racing is a long one, from the 850 TC, which was victorious on all the international circuits including the Nürburgring, to the Fiat Abarth 1000 Berlina and the 2300 S that achieved an extraordinary series of records on the Monza track despite harsh weather conditions. 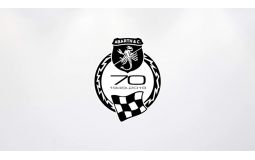 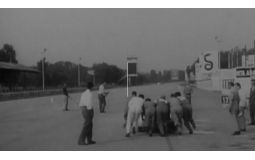