2012 FIAT Punto recently launched in Mainland Europe, arriving in Ireland in a matter of weeks. Mechanical revisions include addition of 85hp TwinAir and 85hp MultiJet II engines. New model is recognisable by its revised styling, inside and out, plus new wheels and colours. New trim levels with revised specifications for Irish market amongst the revisions. Full detailing, including pricing, announced shortly. 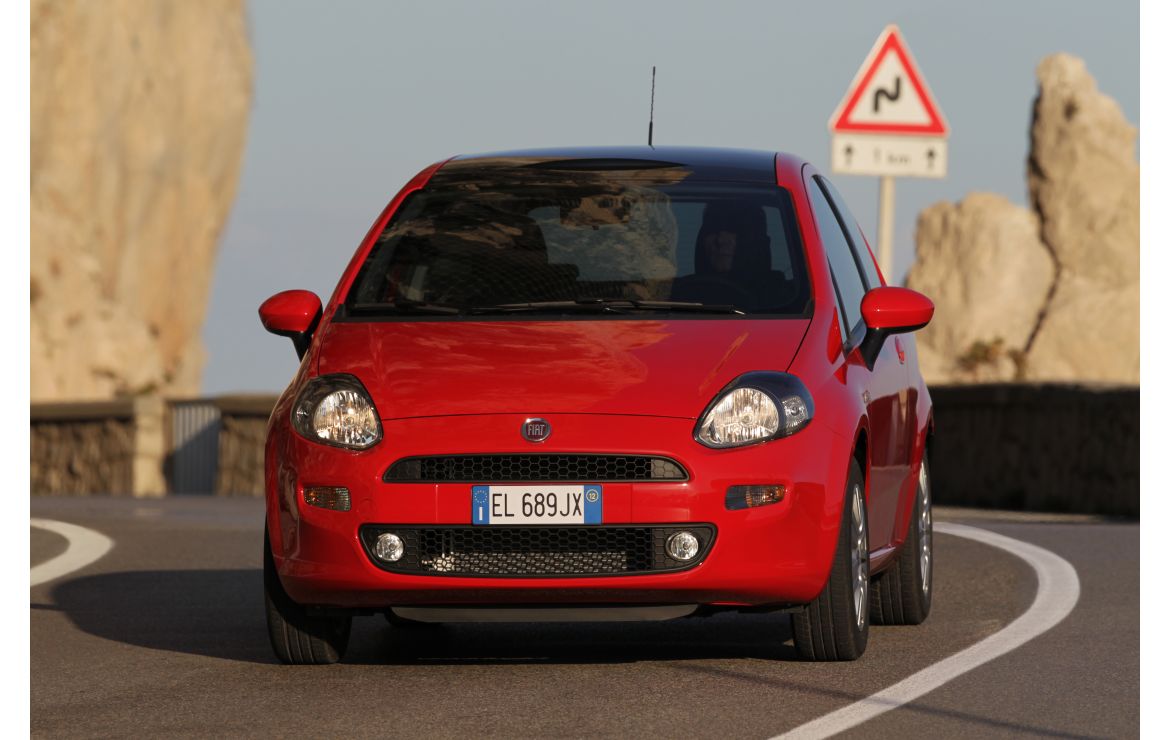 The 2012 FIAT Punto has just been launched in Mainland Europe and will be arriving in Ireland in a matter of weeks. Since its launch in 1993, the FIAT Punto has been a huge success across Europe with some 8.5 million units produced in that time. And so, to ensure its continued popularity, the 2012 FIAT Punto benefits from revised interior and exterior styling and the availabilty of the 2011 International Engine of the Year, the 85hp, two-cylinder, TwinAir Turbo engine.

By combining CO2 emissions of just 98g/km CO2 with an output of 85hp and 145Nm the FIAT Punto TwinAir offers such a unique blend of eco-friendliness and zesty performance it has actually been given its own "TwinAir" trim level, complete with unique alloy wheels and the option of a gloss black roof.

Not to be left behind, the 1.3-litre MultiJet II turbo-diesel engine has also been given a performance boost, matching the TwinAir's 85hp output but offering even lower emissions (90g/km) thanks to its on-demand Intelligent Alternator and Intelligent Flow (which manages engine coolant) systems.