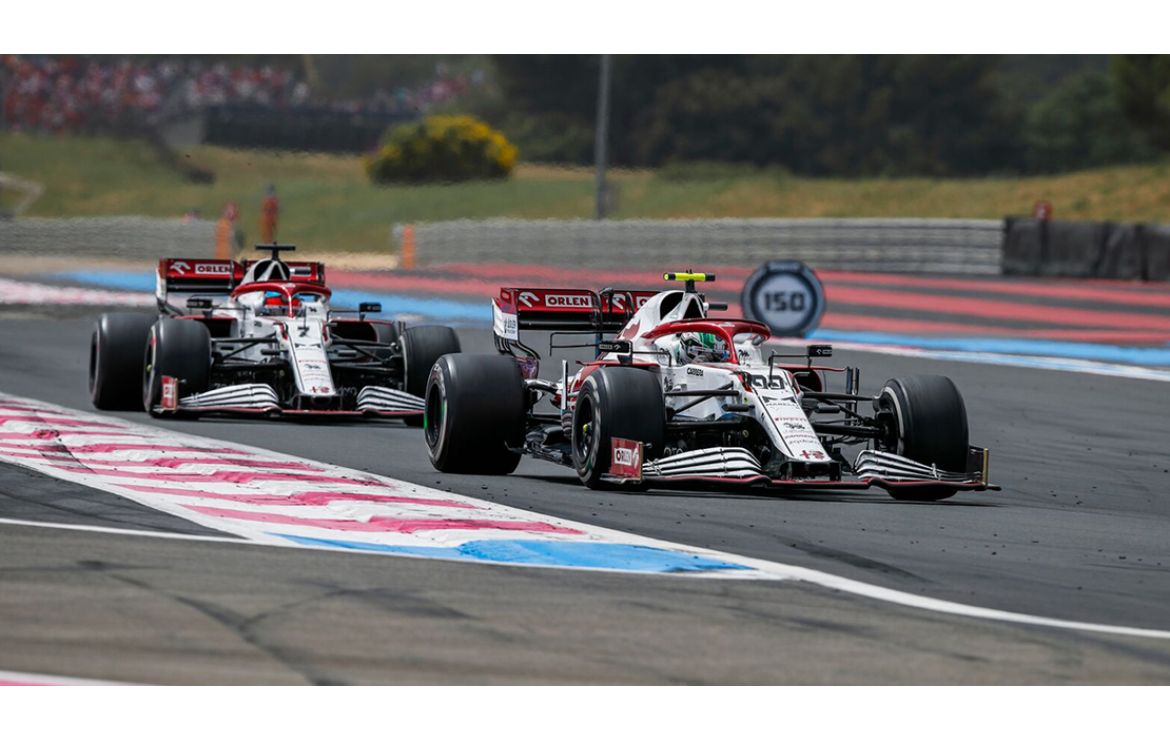 Alfa Romeo Racing ORLEN’s streak of consecutive points finishes came to an end at the French Grand Prix, with Antonio Giovinazzi and Kimi Räikkönen crossing the line in P15 and P17 respectively after a challenging race for the team.

Coming into Sunday on the back of the positive results in Monaco and Baku, and a qualifying session yesterday in which Antonio missed out on Q3 for less than 0.2s, the team expected to be in the battle for the top ten: a good start by both drivers seemed to presage an afternoon scrapping for the points, but the reality of the race turned out to be different. In the end, in a race that evolved in a strategic chess game at the front but that ended with no retirements – for only the tenth time in Formula One history – the team couldn’t make an inroad into the points-paying positions.

A step backward after two forwards then – but the opportunity for redemption is not far away: we’re back racing in a few days already, as the team heads to Austria for a Spielberg double-header.

Frédéric Vasseur, Team Principal Alfa Romeo Racing ORLEN and CEO Sauber Motorsport AG: “After two good races in the points and a promising qualifying yesterday, today was a rather difficult afternoon for the team. We made some progress at the start, but unfortunately our choice to go for a reverse strategy didn’t pay off. We started on hards but got caught in a lot of traffic and that cost us quite some time. In the second part of the race, we weren’t able to maximise the potential of the medium tyres as we had to deal with all the blue flags, so we couldn’t really make up any ground. We will learn from this, of course, and come back stronger for the double-header in Austria.”

“We will need to understand why we couldn’t replicate the good performance we had recently. I had a good start, then we struggled with tyre management, but I think it was the same for everyone: in general, we didn’t really have the speed we enjoyed lately. We had a much better pace when we switched to mediums, but by then we were already a bit too far back and, with all the time we lost to blue flags, we couldn’t make a difference to the final position. We’ll analyse this race and see how to improve for Austria.”

“Unlike the last couple of races, we did not have the pace to get into the points today. We were good on the single lap yesterday, so we will need to understand what happened today. In the end, it was not an easy race, struggling in the first stint with the hard tyres and then not making enough progress on the mediums. I am looking forward to being back in the car in Austria: different track, different conditions and hopefully a different, better outcome.”