The Alfa Romeo line-up representing the utmost in sportiness and beauty are there with the drivers: Giulietta Veloce, Giulia Quadrifoglio and Stelvio Quadrifoglio are present for a day on the Balocco proving grounds ahead of what is gearing up to be an extremely exciting racing season 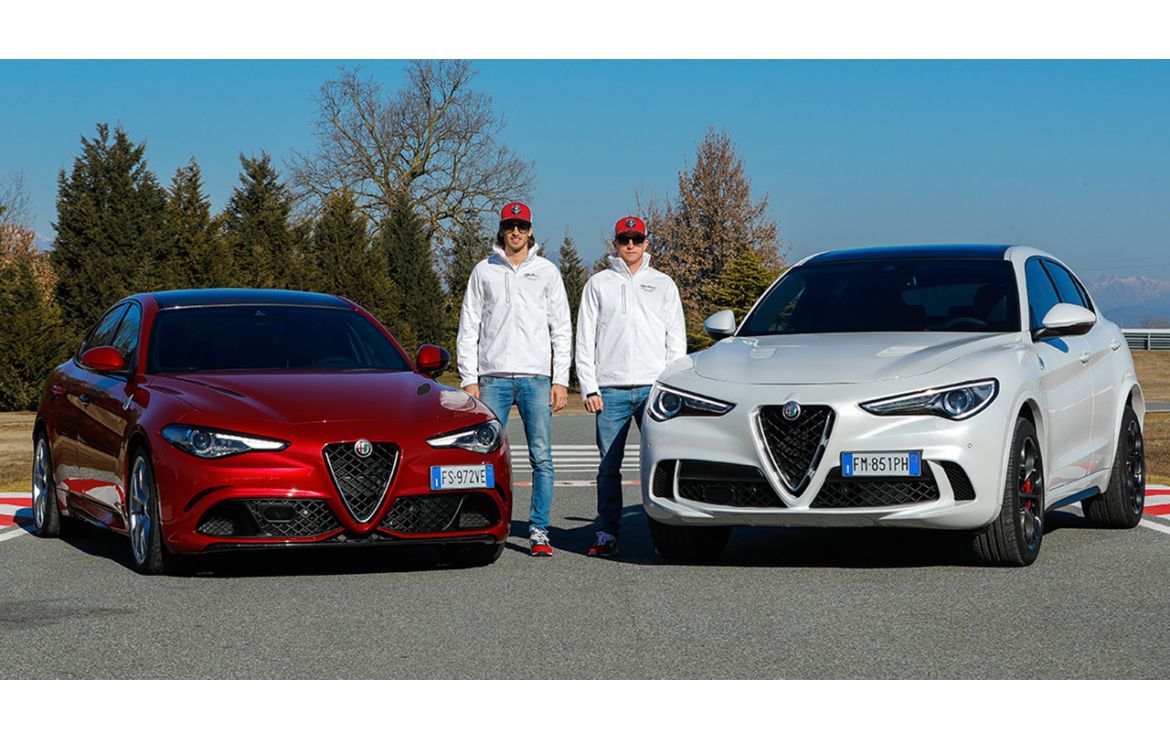 The Alfa Romeo line-up representing the utmost in sportiness and beauty are there with the drivers: Giulietta Veloce, Giulia Quadrifoglio and Stelvio Quadrifoglio are present for a day on the Balocco proving grounds ahead of what is gearing up to be an extremely exciting racing season

The drivers of the "Alfa Romeo Racing" Formula One team experienced a day steeped in the Alfa Romeo brand ethos at the famous Balocco Proving Ground, the FCA group's iconic testing complex. It was here, at the famous Autodelta site, that the very first Alfa Romeo models were assembled. Since then, its sporting legend has been a string of victories and top-three finishes in many international championships, including Formula One. The brand won the very first edition of the Grand Prix championship in 1950, with Nino Farina driving an Alfa Romeo158. And the following year, Juan Manuel Fangio repeated this Formula One season victory in an Alfa Romeo 159.

Today, this glorious legacy is entrusted to the new "Alfa Romeo Racing" team, and the drivers chosen to take the wheels of its cars in the 2019 season which represent the team's Italianness and its star driver: Antonio Giovinazzi and 2007 world champion Kimi Räikkonen. During the Balocco test drives, Antonio and Kimi were given a special Alfa Romeo "Welcome Kit" to make them feel at home at once: the location for the day was the famous "Alfa Romeo Track", a 5.6-kilometre circuit which offers all the thrills of a real Formula One course. The ideal context for showcasing the characteristics of the Alfa Romeo range.

So the spotlights were on the superlative looks and performance of Giulietta, Giulia Quadrifoglio and Stelvio Quadrifoglio, which co-starred with the drivers in exciting, breath-taking driving activities. The Quadrifoglio models, bearing the legendary symbol adopted by Alfa Romeo in 1923, are a distillation of style and the finest technical and performance features. They are equipped with the exclusive aluminium 2.9 V6 Bi-Turbo petrol engine, developed with inputs from Ferrari technologies and engineering know-how, which delivers maximum power of 510 HP and generates a torque of 600 Nm.

Alongside the cars which have defined the brand's paradigm, the compact Alfa Romeo was also put through its paces. Giulietta continues to evolve, while maintaining its unmistakable style and strongly sporty character very much intact. With its intrinsic ability to delight customers who appreciate Italian design and technical excellence at the service of driving pleasure in total safety, its characteristics did not fail to impress on the Balocco circuit, in a truly wonderful day, especially for the "Veloce". The version is the best expression of the sporty character of the car completes the line-up and is packed with standard equipment and specific elements for an even bolder look and technical-racing features for a no-compromise stance on the road.