Who said that top-of-the-range equipment was the preserve of only the big-engined cars in the D segment? Twenty-five years ago, PEUGEOT presented the 106 Premium, the smallest model in its range at the time, but with equipment befitting of a luxury sedan, which you couldn't find on models in the upper segments. Today, the new PEUGEOT e-208 GT is the new spearhead of the 2 Series thanks to a 100% electric 100 Kw engine, but also thanks to technological equipment that places it not only at the top of the 208 range, but also at the top of the compact city car segment. 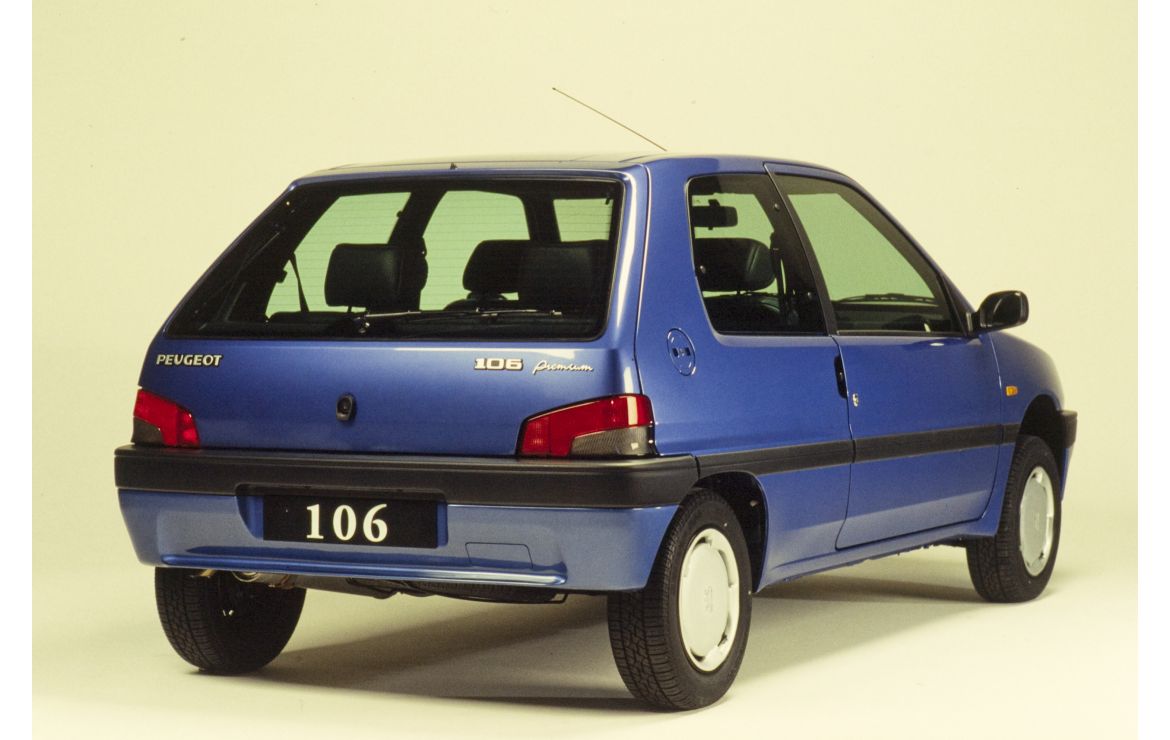 Having equipment usually limited to models in the upper segments no longer depends solely on the size of the vehicle, as was the case just a few years ago.

It is now possible to benefit from the best technological tools and the highest level of comfort even in the most compact cars in the PEUGEOT range. The new 208 saloon, launched in 2019, therefore comes in a GT version with signature stylistic attributes and latest-generation driver assistance equipment at the top of its segment. This GT trim level is also reserved for the 100% electric version, the PEUGEOT e-208, underlining the stimulating driving pleasure associated with this propulsion means.

It is also no coincidence that the acronym GT (Grand Touring) has always been used to refer to the most high-performance and best-equipped versions of the PEUGEOT brand. The term GT denotes high-performance and dynamic cars, designed to devour the road in comfort and style.

The 208 GT's luxurious standard equipment places it at the top of the segment, thanks in particular to distinctive stylistic attributes such as the Full LED headlamps with 3 claw light signature, wheel arch covers and black lacquered window washers, 17' diamond-coated aluminium wheels with inserts, and an Alcantara trim that is highlighted by a meticulously detailed passenger compartment. These are also latest-generation technologies, such as the PEUGEOT i-Cockpit® 3D, TomTom® Traffic connected 3D navigation with 10" HD touch screen, not forgetting the plethora of driving aids that pave the way for semi-autonomous driving.

This very current PEUGEOT 208 harks back to another of the brand's small city cars, showcased 25 years ago as the pinnacle of luxury and distinction in its segment. Presented as a special "chic" series, produced in a limited edition of 600 units and exclusively intended for the Italian market, the PEUGEOT 106 Premium was launched in December 1995 and remains highly sought-after by PEUGEOT fans today.

Officially presented at the Bologna Motor Show with its big sister, the PEUGEOT 306 Premium, it arrived in the dealer network in the months that followed and the 600 units were quickly sold out. The success of the small city car is due to its strong personality which attracts the attention of people who are looking for a different car and, above all, a level of comfort, elegance and equipment typical of a luxury car. Its equipment is worthy of the attention of a large saloon: leather and Alcantara upholstery - including the rear headrests still very unusual at the time, split rear seats, electric front windows, air conditioning, driver's airbag, power steering, central locking with remote control and electric and heated mirrors!

Upon delivery of the vehicle to the dealer, the customer receives a certificate with the Premium logo and the number of his or her unit among the 600 produced.

On the outside, the PEUGEOT 106 Premium is recognisable by the "Premium" inscription in italics on the right-hand side of the boot lid, the front fog lights, the side guards and the tinted, water-green windows. The car is only available with a single engine, the 1,360 cm3 petrol TU with 75 hp. A beautiful range of colours completes the offer: Pastel White, Lucifer Red, Mayerling Green and Miami Blue.

PEUGEOT also made a wide range of accessories available to owners of the 106, and many 106 Premium customers opted to complete their car with six-spoke alloy wheels and a wood finish on the dashboard.

There's no such thing as a small lion that doesn't scratch...