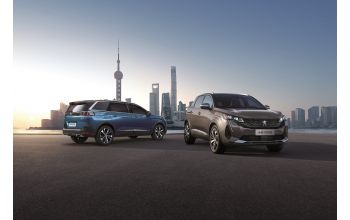 PEUGEOT is launching its new SUV family at the 2021 Shanghai Motor Show: the New French Chic is born

DONGFENG PEUGEOT is adopting the new iconic Lion logo and presenting its new strategy to position itself as a trusted brand, designed by PEUGEOT made for China, for its customers in China. The new range of PEUGEOT 4008, 4008 PHEV and 5008 SUVs is launching at prices ranging from 169 700 to 263 700 yuan (21 710 to 33 740 Euros). These new French Chic SUVs distinguish themselves through four pillars: design, quality, dynamism and connectivity. The services and set-ups available meet the aspirations of Chinese customers. DONGFENG PEUGEOT will strengthen the brand's customer experience by developing assistance, maintenance and vehicle warranties through the Five Care Promises and Four Guarantees Plus commitments. From 19 to 28 April, visitors will be able to discover the entire DONGFENG PEUGEOT range at the Auto Shanghai 2021 show. In addition to the new French Chic SUVs 4008 and 5008, the electrified range will also be in attendance with the e-2008 SUV, the new 4008 PHEV 4WD SUV and the 508 L PHEV saloon. 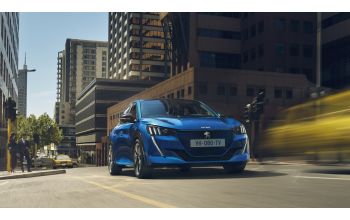 PEUGEOT Belgium : the motor show just for you

Despite the particular health situation, January remains an important month for the automotive sector in Belgium. Peugeot opens the doors of its showrooms so that it can present the latest innovations every day in January. In a covid-proof environment, customers will be able to discover the Peugeot electric, hybrid or thermic range: New PEUGEOT e-208, Car of the Year 2020 New PEUGEOT e-2008 New PEUGEOT 3008, 3008 HYBRID & HYBRID4 New PEUGEOT 5008 New PEUGEOT e-Expert, International Van of the Year 2021 New PEUGEOT e-Traveller New PEUGEOT 508 & 508 SW HYBRID Customers can visit the virtual showroom at www.peugeot.be or they can also discover the new 508 PEUGEOT SPORT ENGINEERED, the best-performing series model ever produced by the brand, which will be officially launched in the first half of the year. PEUGEOT celebrated its 210th anniversary on 26 September 2020, making it the oldest car brand in the world. 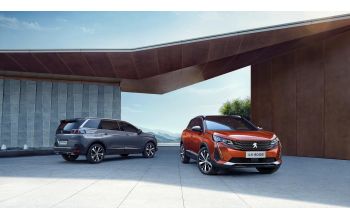 On 20 November 2020, the new PEUGEOT 4008 and 5008 will be unveiled to the public for the first time in China, on the DONGFENG PEUGEOT booth at the Guangzhou trade fair. These new models will be launched in the first months of 2021. The new PEUGEOT 508 L PHEV, a modern and dynamic Plug-In Hybrid sedan, is officially launching at a price of 215 700 yuans. 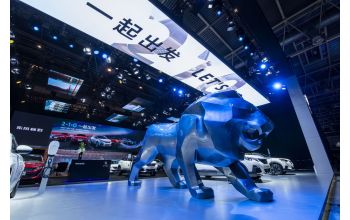 The PEUGEOT brand is asserting its presence in China with its participation in the Beijing International Automotive Exhibition 2020 from 26 September to 5 October (Hall W2). PEUGEOT is revealing the 508 L "2021", including the Performance 400 THP version with its distinctive design. The brand is also displaying its electrified models: the e-2008 SUV PEUGEOT 100 % electric, the SUV 4008 PHEV 4WD (Rechargeable Hybrid, 4 wheel drive) as well as the 508 L PHEV sedan (Plug-In Hybrid). This complete and electrified range is restating PEUGEOT's commitment to China, as the brand celebrates its 210th anniversary on the stand with the slogan 2.1.0 Let's Go! 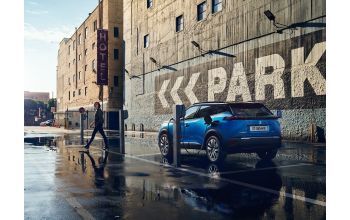 PEUGEOT at the 2020 Brussels Motor Show: The Power of Choice 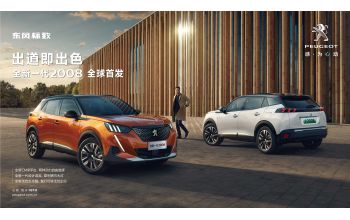 Demonstrating its commitment to Cjina, PEUGEOT 2008 is world premiering its new SUV PEUGEOT 2008 to the public and rolling out its consistent product strategy for a simple and energy transition with abdolutely no compromises on driving pleasure. The new SUV PEUGEOT 2008, the brand’s vision of an exciting automotive future, stands out through its powerful and distinctive design and advanced technology (PEUGEOT i-Cockpit® 3D). Based on the Common Modular Platform developed with DONGFENG, it provides roominess and the liberty of choice for the Chinese customers: internal-combustion or electric power. The full-electric new SUV PEUGEOT e-2008 strengthens PEUGEOT’s electrified line-up in China, presented in Guangzhou: the SUV PEUGEOT 4008 4WD PHEV (Plug-in Hybrid) revealed in September 2019 and the PEUGEOT 508 L PHEV sedan unveiled in April 2019. The new services panel BLUE CARE 2.0, provides 8 promises for the Chinese customers. 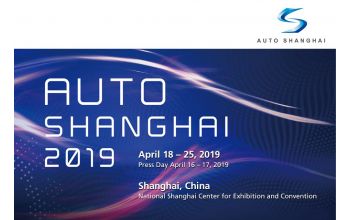 PEUGEOT presents the new PEUGEOT 508L PHEV as a world premiere at the Shanghai 2019 Motor Show.

PEUGEOT is pursuing the electrification strategy of its range and is opening a new page in its history in China. After the reveal of the new PEUGEOT 508L at the Guangzhou Motor Show in November 2018 and the reveal of its new signature illustrating its repositioning in China, PEUGEOT presents the new PEUGEOT 508L PHEV in world premiere at the Shanghai Motor Show in 2019. 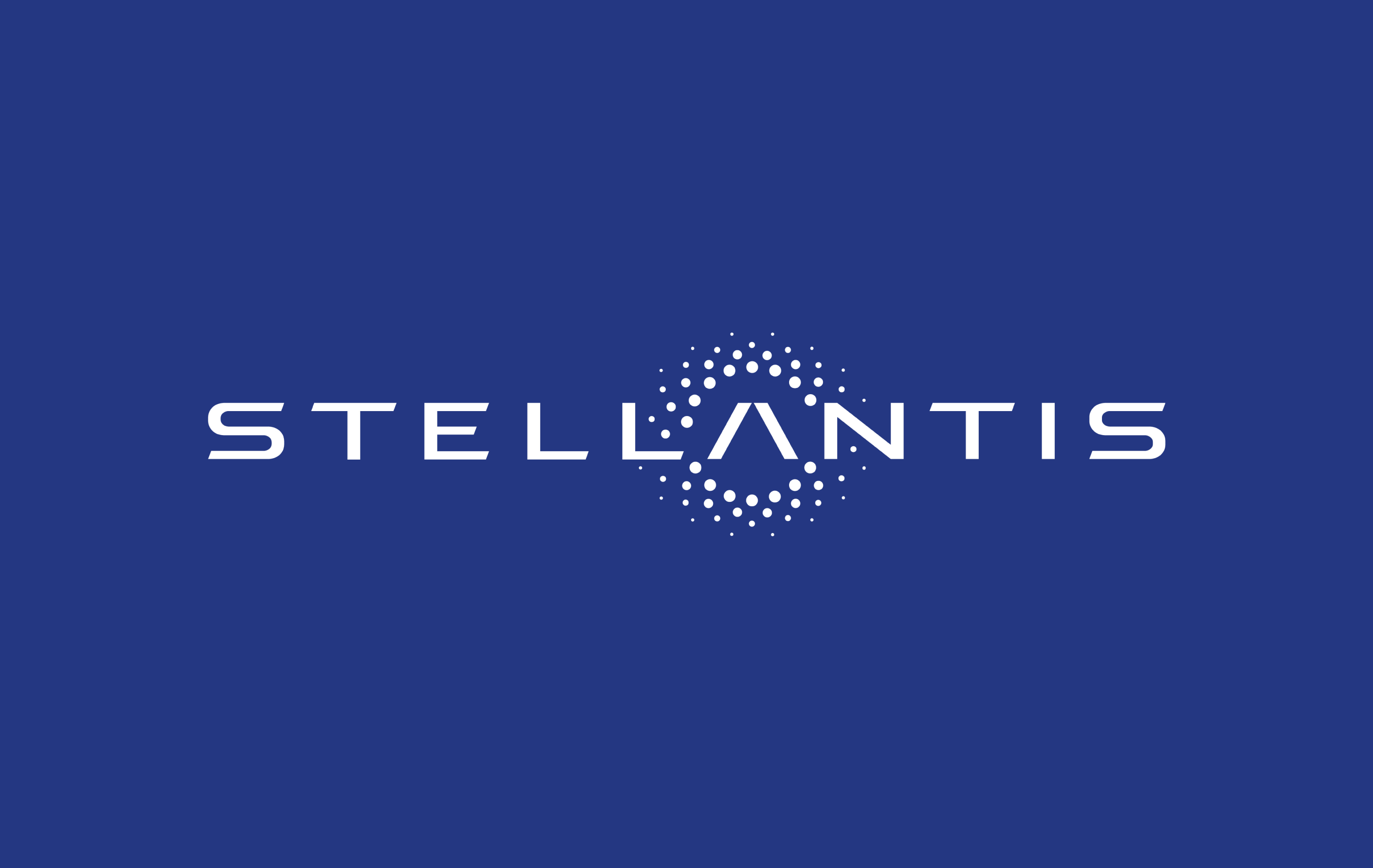 “Year of the SUV” for Dongfeng Peugeot

In Shanghai, Peugeot goes on the offensive in the Chinese market’s most dynamic segment 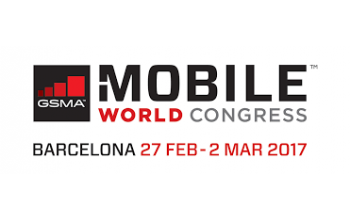 During its first appearance at the Mobile World Congress in Barcelona, PEUGEOT will present the world premiere of its PEUGEOT INSTINCT CONCEPT.

From 27 February to 2 March 2017, visitors to the PEUGEOT stand at the Mobile World Congress can experience the world premiere of the manufacturer's autonomous connected vehicle demonstration: the PEUGEOT INSTINCT CONCEPT. 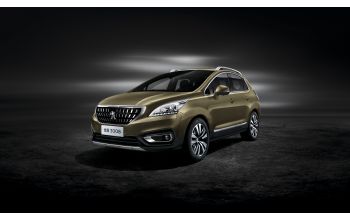 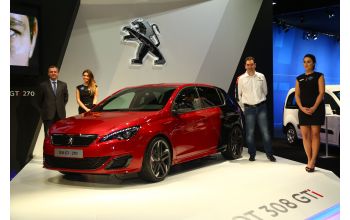 At the Dubai International Motor Show, with the presence of Philippe-Jean Lafond, Middle East and Sub-Saharan Africa executive Director for PSA Group, PEUGEOT presents as a regional premiere the New PEUGEOT 308 GTi By PEUGEOT SPORT, the New 208 and 308, 508 and the crossovers 2008 and 3008 which are further outstanding assets in its continuous development on the Middle East markets. 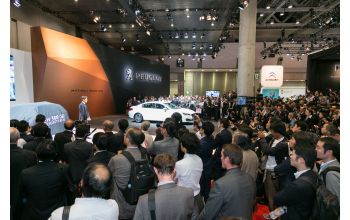 PEUGEOT will be on hand when the 44th Tokyo Motor Show opens on 28 October to present three major launches for the Japanese market: the new PEUGEOT 208, the PEUGEOT 308 GTi by PEUGEOT SPORT and the PEUGEOT 508 GT BlueHDi. 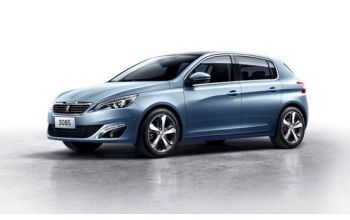 PEUGEOT back in the race at Auto Shanghai 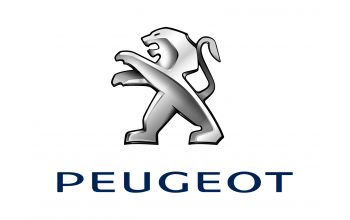 The Shanghai Motor Show opens its doors to the press on the 20th April. 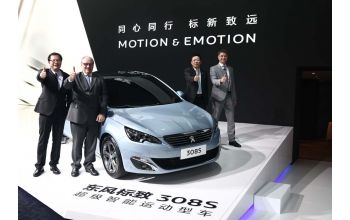 PEUGEOT launches the DongFeng Peugeot 508 in China and accelerates its growth in the world’s biggest car market.

PEUGEOT is taking the opportunity of the Guangzhou Motor Show, held at the large city in the south of China, to present the new PEUGEOT 508 to the public. Sales of the new PEUGEOT 508 will start in January 2015, together with the restyled Dongfeng Peugeot 3008, a model that has been a success since its launch. A few days previously on 16 November at Shenzhen, PEUGEOT officially unveiled the DongFeng Peugeot 508 on board the aircraft carrier Minsk, at an event that brought together more than 200 guests from the Chinese press. With the launch of the Dongfeng Peugeot 508, built at the Wuhan plant (a DPCA - province of Hubei joint venture), Peugeot expands its range with a stronger presence in the strategic D segment, that of large touring cars, in which PEUGEOT has been present at an international level for several decades. With this new model PEUGEOT means to continue the rapid acceleration of its sales in China. With more than 314,000 units sold to the end of October 2014, PEUGEOT’s sales have grown by 41%, nearly four times the growth in the market (+11%). 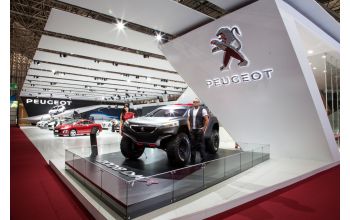 PEUGEOT at the 28th Sao Paulo International Motor Show: A continuation of the globalisation strategy of the range with the arrival of the PEUGEOT 2008 crossover

On a 1788 m2 stand presenting 14 standard production vehicles and concept cars, PEUGEOT continues the rollout of the “ 8 “ range in Brazil. Following the PEUGEOT 208, the PEUGEOT 2008 Crossover, produced at the Porto Real (RJ) plant, will be launched on the Brazilian market during the first half of 2015. With the 208 Natural concept car, the 208 Urb and the 2008 HYbrid Air technology demonstrator vehicle, PEUGEOT demonstrates its desire to put the environment at the heart of its approach to the design of its vehicles. 2008 DKR is on display in the sport area, a first in Latin America, just a few weeks from PEUGEOT’s grand return to the Dakar. 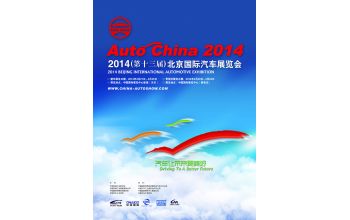 On a 1346 m2 stand presenting 16 production vehicles and concept cars, PEUGEOT is showcasing the youngest and widest range ever in its history in China: an expression of French allure with the launch of the 2008 urban Crossover, a complete range of Roland Garros special edition vehicles, the “EXALT” concept car and unique technological know-how with the PEUGEOT 2008 HYbrid Air. 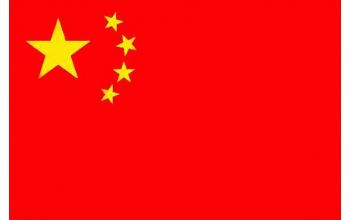 The Pekin Motor Show opens its doors to the press on April 20th, 2014. 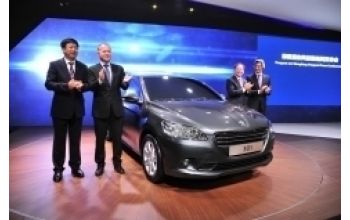 Peugeot at the Shanghai Auto Show supported by record sales

On a stand of 1525 sq m presenting 16 vehicles, Peugeot is showing the youngest and widest range in its history in China, an expression of allure “à la Française” with a complete range of Roland Garros models, the “Onyx” concept car, and unique technological know-how with the Peugeot Hybrid Air.