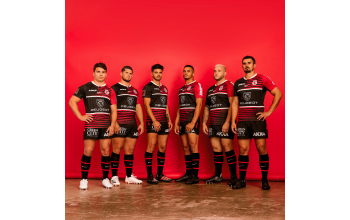 The new PEUGEOT identity on the Stade Toulousain shirt

A lion for rugby. The Stade Toulousain, European and French champion in title, presents its new shirt, stamped with the new lion head logo of PEUGEOT. On February 25th, PEUGEOT unveiled its new brand identity with this logo, the 11th in its history, a coat of arms decorated with a magnificent lion head. It now appears on the chest of the players of the most prestigious French rugby team. This new PEUGEOT coat of arms celebrates the 25 years of PEUGEOT's partnership with the Stade Toulousain: 25 years of shared values between the brand with the lion and rugby, 25 years of victories, sportsmanship and team exploits. This new logo will be present on the three shirts of the Stade Toulousain the shirt to play at home, the away shirt, and the European Cup shirt. The first match where the new logo will be present on the shirts will be played in La Rochelle on September 5, 2021. 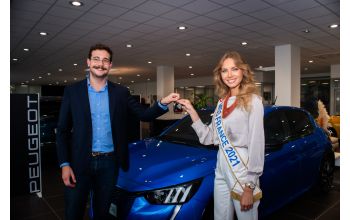 On 12 July 2021, Amandine PETIT took delivery of her new PEUGEOT e-208 at the PEUGEOT dealership in Caen. Mr. Victor Mary, Marketing Director of the Mary Group, handed over the keys of her future car. 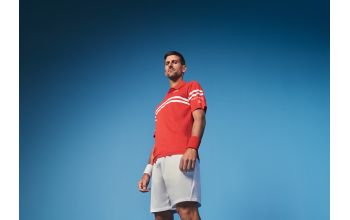 Because he shares PEUGEOT's values, tennis champion Novak Djokovic - world number one in the ATP rankings, winner of the French Open in 2016 and ambassador of the Brand - is the main protagonist of the new 508 PEUGEOT SPORT ENGINEERED advertising campaign which started on 30 May, the opening day of the French Open. With all-wheel drive, petrol/rechargeable battery hybridisation and 360 bhp, the 508 PEUGEOT SPORT ENGINEERED combines high performance and low emissions (46g of CO2 per kilometre, WLTP protocol), features that appeal to Novak Djokovic, who is very mindful of protecting the environment. Excellence, Allure, Emotion are PEUGEOT’s core values, which the champion Novak Djokovic shares. The PEUGEOT ambassador has also held the top spot in the ATP rankings for 322 weeks - an historic record, a series that is still ongoing. 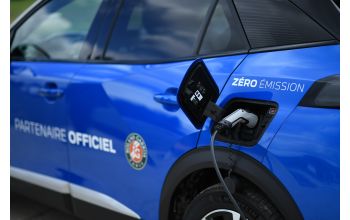 PEUGEOT is making mobility electric at the Roland-Garros 2021 tournament

As the long-standing official partner of the French Open tennis tournament for the 38th consecutive year, PEUGEOT will be providing transportation for the players, VIPs and officials with a fleet of 100% electric vehicles for the first time in 2021. PEUGEOT is making the French Open the first sporting event of its kind in the world to be associated with completely electrified mobility. Two-thirds of the fleet of 162 PEUGEOT vehicles at Roland-Garros is made up of rechargeable hybrid models, and one-third of purely electric models, and has an exceptionally low carbon footprint: the average CO2 emissions per vehicle, at only 22.7g per kilometre, are 7.5 times lower than in 2019. This substantial reduction in emissions demonstrates PEUGEOT's desire to make a significant contribution to protecting the air quality of the Porte d'Auteuil area. It also demonstrates the wealth of the PEUGEOT range in terms of eco-responsible vehicles with low CO2 emissions. The Paris Grand Slam tournament will also be an opportunity for PEUGEOT to showcase, in front of the cameras and a worldwide audience, its new brand identity which is characterised by a redesigned logo, as well as its new technological showcase, the 508 PEUGEOT SPORT ENGINEERED. As for Novak Djokovic, the world's No. 1 ATP player and PEUGEOT ambassador, he will wear the brand's name on his polo shirt throughout his matches on the clay court at Roland-Garros. 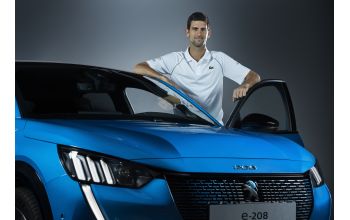 PEUGEOT, a key player in the C02 emissions reduction efforts of the 2020 Roland-Garros tournament

For its 37th year of partnership with Roland-Garros, PEUGEOT is once again at the heart of the tournament, which will take place in Paris from 27 September to 11 October, four months later than in other years given the health situation. Much like every year, the brand will be the official transport provider for players, VIPs and officials. This year, 80% of this dedicated PEUGEOT fleet is made up of electrified vehicles (plug-in hybrid and electric), a further push towards the energy transition which will reduce CO2 emissions by 60% compared to Roland-Garros 2019. For this edition, PEUGEOT will be unveiling an international communication plan, mainly headed by Novak Djokovic, the world's leading player in the ATP rankings and brand ambassador. 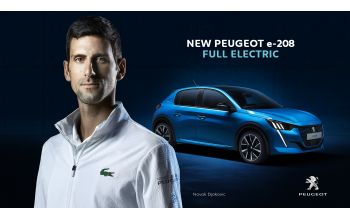 PEUGEOT is launching its new international advertising campaign "Move to Electric" by calling on its ambassador Novak Djokovic who has just played his first match at the Australian Open, being held in Melbourne from January 20th to February 2nd, 2020. 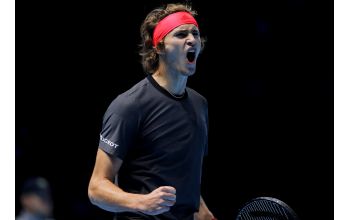 As Platinum Partner of the ATP Tour since 2016, PEUGEOT will be present, as Partner and Official Car, at the Nitto ATP Finals in London which will be held from 10 to 17 November 2019 at the O2 Arena. Among the 8 best players in the world, 2 PEUGEOT ambassadors will wear the brand's colours during the event: the German Alexander Zverev and the Italian Matteo Berrettini. The Brand will offer an electrical experience with the exhibition of the new PEUGEOT e-208 and an animation on the theme of the energy transition. 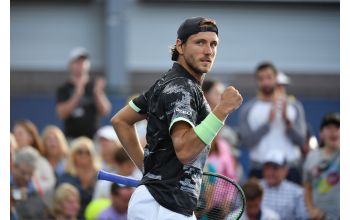 PEUGEOT, as an ATP Tour Platinum Partner since 2016, will be at the Tokyo Master 500 tennis championships in its capacity of Partner and Official Vehicle Provider during the entire period of the tournament, from 30th September to 6th October. Two PEUGEOT ambassadors will be sporting the brand colours at the event: Lucas Pouille and Pablo Carreño Busta. The Brand will be exhibiting both new PEUGEOT 508 and PEUGEOT 308 during the competition. 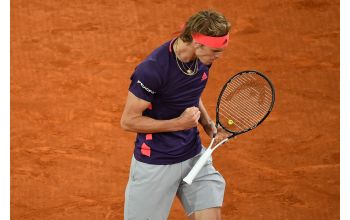 The new PEUGEOT 208 and PEUGEOT 508 SW HYBRID, the stars of the Hamburg tennis tournament

As the ATP Tour’s Platinum Partner since 2016, PEUGEOT will be present at the Master 500 in Hamburg as a Partner and Official Car of the tournament, to be held from July 22 to 28. Four PEUGEOT ambassadors will be wearing the brand's colours during the tournament: Alexander Zverev, Pablo Carreño Busta, Leonardo Mayer and Robin Haase. Two of the brand’s models will be on display: the new PEUGEOT 208 and the new PEUGEOT 508 SW HYBRID. 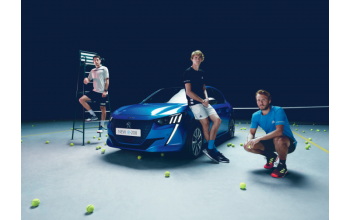 Roland Garros 2019: the new PEUGEOT e-208 at the heart of the facility and the brand's latest international communication campaign in the world of tennis

As Roland-Garros’ partner for 35 years, PEUGEOT is back behind the scenes of this prestigious tournament taking place in Paris from May 26 to June 9, 2019. The eleven tennis ambassadors of PEUGEOT will wear the colours of the brand on clay in the new Roland-Garros facilities. PEUGEOT will be providing the official transport for players, VIPs, journalists and the general public with a fleet of 226 vehicles. The brand will unveil its new international communication campaign in the world of tennis during the tournament. In partnership with Roland Garros, the Road To Roland-Garros web series will also be renewed this year with a new PEUGEOT 508 SW. 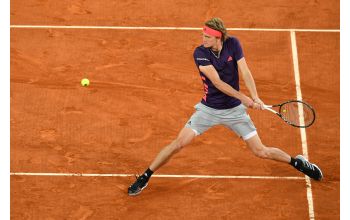 As the Platinum partner of the ATP Tour since 2016, PEUGEOT will be present at the Rome Master 1000 as Partner and Official Car of the tournament, to be held from 13th to 19th May. 6 PEUGEOT ambassadors will be sporting the brand’s colours on this occasion: Alexander Zverev, Juan Martin Del Potro, Lucas Pouille, Diego Schwartzman, Fernando Verdasco, Pablo Carreño Busta. 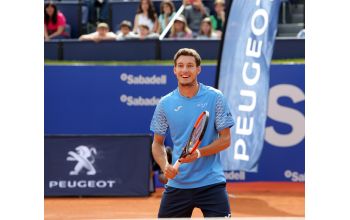 The new PEUGEOT 208 at the Barcelona Tennis Tournament

The new PEUGEOT 208 will be one of the main stars of the Barcelona tennis tournament. Introduced to the general public for the first time in Spain, it will be the muse alongside the PEUGEOT brand's prestigious ambassador players. Pablo Carreño Busta, Fernando Verdasco, Lucas Pouille and Leonardo Mayer will face the best world players on clay in Barcelona. PEUGEOT is the "Partner and Official Car" of this tournament which will take place from 20th to 28th April. 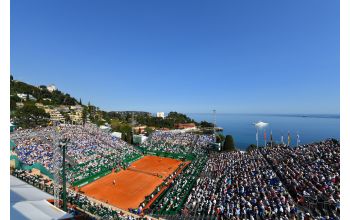 PEUGEOT at the Monte-Carlo tennis tournament

PEUGEOT has been a platinum partner of the ATP Tour since 2016 and is taking part in the Monte-Carlo Masters 1000 with 5 of its prestigious international ambassadors. Alexander Zverev, Lucas Pouille, Pablo Carreño Busta, Diego Schwartzman and Fernando Verdasco will wear the colours of the brand during this tournament, bringing together the best players from April 13th to 21st. 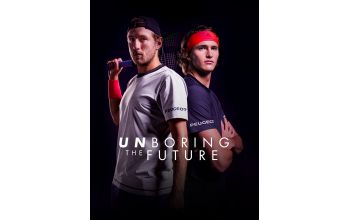 PEUGEOT is once again demonstrating its commitment to tennis with a 2019 communication campaign focused on the future of the brand. The new campaign showcases PEUGEOT’s strategy of projecting itself into a new automotive era against the backdrop of the energy transition. 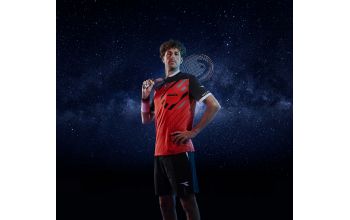 Top tennis player Robin Haase joins the Next Gen Lions tennis sponsor plan of PEUGEOT Netherlands. The 31-year-old Haase is the undisputed number 1 in the Netherlands and has been among the top 50 best players in the world in recent years. A real lion! 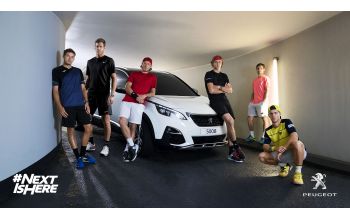 Roland-Garros 2018: PEUGEOT launches its new communication campaign with its ambassadors of tennis

PEUGEOT has partnered the French Open for the past 34 years and is once again extremely active behind the scenes of this prestigious tournament held in Paris from 27 May to 10 June 2018. PEUGEOT is launching a new international communication campaign and, for 2018, it is backed by a team of 11 international ambassadors. With a fleet of almost 225 cars, mainly the PEUGEOT 3008 and 5008 models, the brand is in charge of the official transport of the players, VIPs and journalists, who will discover a new village at the heart of the Roland-Garros site this year. 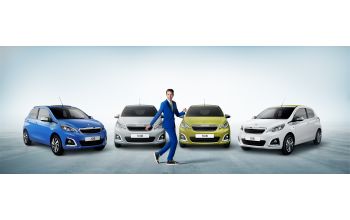 The first advert bringing together MIKA and the PEUGEOT 108 was a real success. Today, the ambassador of the brand's compact city car is repeating the experience with a European communication campaign combining creativity with appeal. 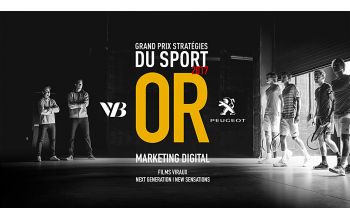 PEUGEOT and its agency, Willie Beamen, receive a gold award at the Grand Prix Stratégies du Sport for the film, “Drive to tennis"

On 22 November 2017, the jury of the 10th Grand Prix Stratégies du Sport 2017 award ceremony presented PEUGEOT and its agency, Willie Beamen, with a gold award in front of an audience of sport, marketing, communication and media professionals. This prize is awarded for the PEUGEOT “Drive to tennis” film, featuring a number of players who are ambassadors of the brand. 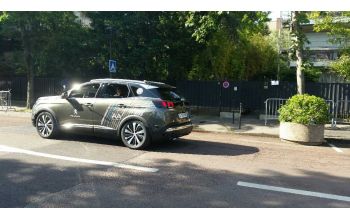 Roland-Garros 2017: responsiveness, connectivity and an autonomous vehicle in the Peugeot fleet

As Roland-Garros partner for 33 years, Peugeot is providing the Fédération Française de Tennis with more than 230 vehicles from 22 May to 11 June. For the first time, an autonomous Peugeot 3008 is joining the fleet, which this year comprises Peugeot 3008, 5008, Traveller, Partner Electric and Peugeot 508. Roland-Garros 2017 is also an occasion for the brand to reveal the film presenting its new ambassadors and its new brand signature in the world of tennis. 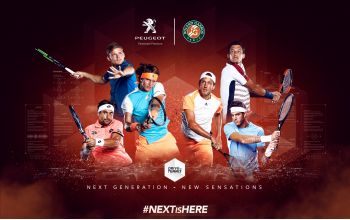 For 33 years, Peugeot has partnered the French Open and been the tournament’s official car supplier. Since 2016, the brand has also been a Platinum partner of the ATP World Tour as well as the event’s official car supplier. Now, Peugeot has underlined its major role in tennis worldwide with a fresh team of international ambassadors, an extended partnership with the French Open, and tennis-themed entertainment using virtual reality at Peugeot Avenue Paris.