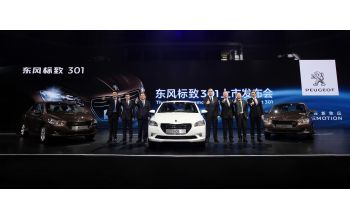 PEUGEOT is taking the opportunity of the Canton (Guangzhou) Motor Show to launch the PEUGEOT 301 and announce the arrival of the new 2008, sales of which will start in April 2014. As an introduction to the opening of the motor show on 21 November, PEUGEOT officially launched the PEUGEOT 301, during a national launch convention that brought together more than 1,000 guests from the press and the dealer network at the Asian Games Stadium at Canton on 19 November. With the launch of the PEUGEOT 301, built at the Wuhan plant (a DPCA JV in the province of Hubei), PEUGEOT widens its range and strengthens its presence in the strategic C segment, which represents more than 50% of the Chinese market, with an affordable and satisfying product that meets customer expectations, centred around practicality in use, multi-role ability and a rational approach to purchase. In this way, PEUGEOT expects to continue its strong acceleration in China: at the end of October 2013, with more than 225,000 units sold, PEUGEOT’s sales have grown by 29%, nearly double the rate of growth of the market (+18%). 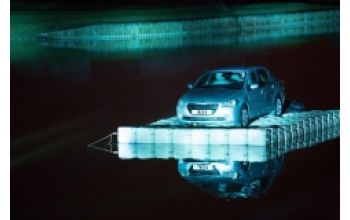 During an event organised at the Montgomerie Golf Course in Dubai on 16 May 2013, Peugeot launched the Peugeot 301 in the Middle East, in the presence of its partner importers in the region, Swaidan Trading LLC (Emirate of Dubai and the United Arab Emirates) and Omer Bin Youssef & Sons LLC (Emirate of Abu Dhabi), as well as the importers for Saudi Arabia, Bahrain Oman, Kuwait, Qatar and Egypt and the press for the region, present in force from the nearby Dubai Media City.The launch of the Peugeot 301 should contribute towards the development of Peugeot sales volumes in the Middle East by completing the offering in the B and C segments, which represent 29 % of sales in the region.