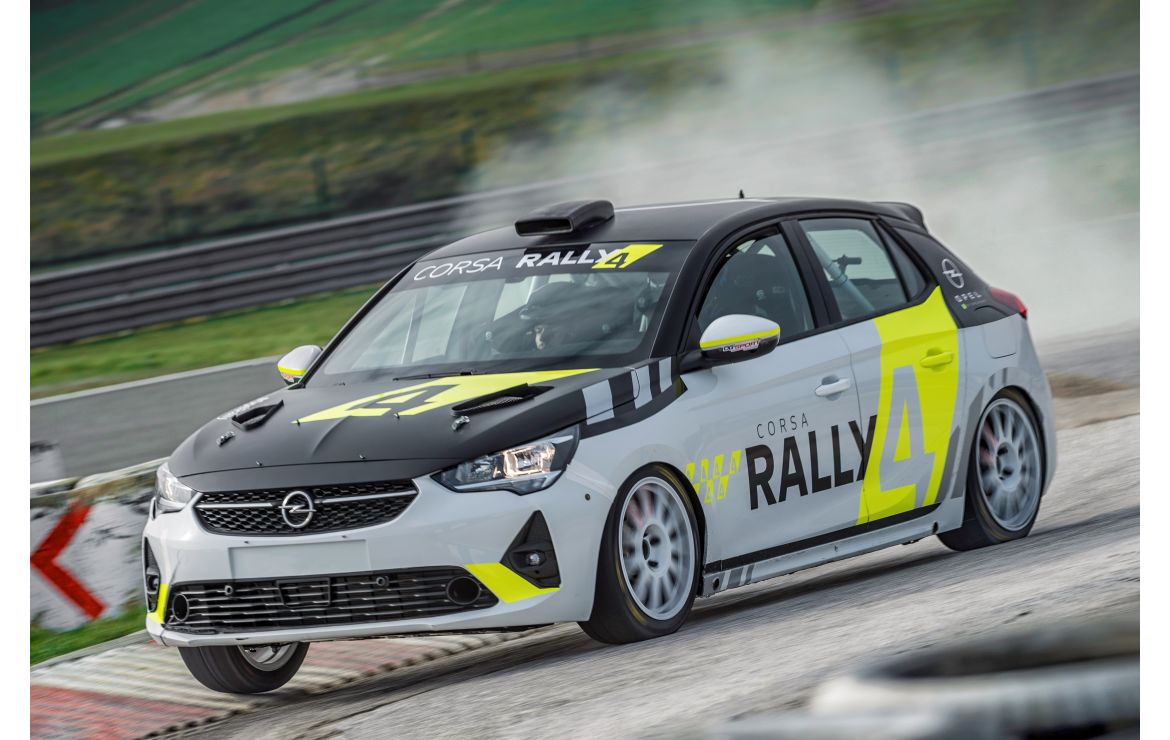 Rüsselsheim.  The Barum Czech Rally Zlín from August 27-29 is a twofold highlight of the 2021 rally season for Opel Motorsport. Not only will the world's first electric rally one-make cup, the ADAC Opel e-Rally Cup, present itself on the international stage at the Czech round of the ERC. The new Opel Corsa Rally4, which has already been busy collecting victories and podium places on the national level, will also make its first international appearance at the asphalt event around the industrial city of Zlín in the south-east of the Czech Republic.

Opel works driver Marijan Griebel (32), the Junior European Champion from 2016 and 2017, will pilot the new 208 hp Opel Corsa Rally4. Co-driver in the customer sports car from Rüsselsheim is Tobias Braun (26), who is also one of the best in his field. And so the goal of the Opel crew is clear: “The competition is really tough, but it is not our aim to simply compete. We want to prove the high potential of the Corsa Rally4 and give it our all to be a contender at the front of the field,” says Griebel.

The participants of the ADAC Opel e-Rally Cup are sure to pay careful attention to what Griebel/Braun do in the Corsa Rally4. Because in 2022, one of them will have the opportunity to compete in the ADAC Opel Rally Junior Team in exactly this type of vehicle and thus further develop as a driver.

The Barum Czech Rally Zlín is a very special challenge for the Cup participants. The fast asphalt tracks of the traditional event demand the utmost of the young teams in their sporty electric cars. A total distance of 522.72 kilometres – including 12 highly demanding special stages covering 147.33 kilometres – is in store for the crews of the Opel Corsa-e Rally on the three event days.

The starting competitive status is clear: the leader in the ADAC Opel e-Rally Cup is Laurent Pellier. The 26-year-old Frenchman has a flawless record after two rounds with a maximum score of 80 points. His closest rival is Luca Waldherr in the Corsa-e Rally from Opel Austria. The top-ranked German drivers, Max Reiter and Alexander Kattenbach, are hard on the heels of the two leaders.

The participants of the ADAC Opel e-Rally Cup can look forward to another special challenge during the Barum Czech Rally Zlín. Top international driver Yohan Rossel has announced that he will be a guest participant in the electric Cup. The 26-year-old Frenchman is considered one of the greatest talents of his country. After his third win of the season in the Citroën C3 Rally2 at the Belgian round of the WRC, Rossel leads the WRC3 rankings. At the Barum Rally, the 2019 French Rally Champion and his co-driver Alex Coria will pilot a Corsa-e Rally entered by Opel Motorsport and designed by Opel partner TotalEnergies. “I'm looking forward to my first start in an electric rally car,” said the WRC star. “I will certainly have to adapt in the Corsa-e Rally, but Alex and I are happy to be here and gain experience. We will give everything to be competitive when we start as guests in the ADAC Opel e-Rally Cup. I have no doubt that we will have a lot of fun, and I would like to thank Opel Motorsport and TotalEnergies for the opportunity to experience the Corsa-e Rally.”

The Eurosport TV channel will report on the world's first electric rally one-make cup on Tuesday after the rally as part of its “ERC - All Access” magazine, focusing on standings leader leader Pellier.