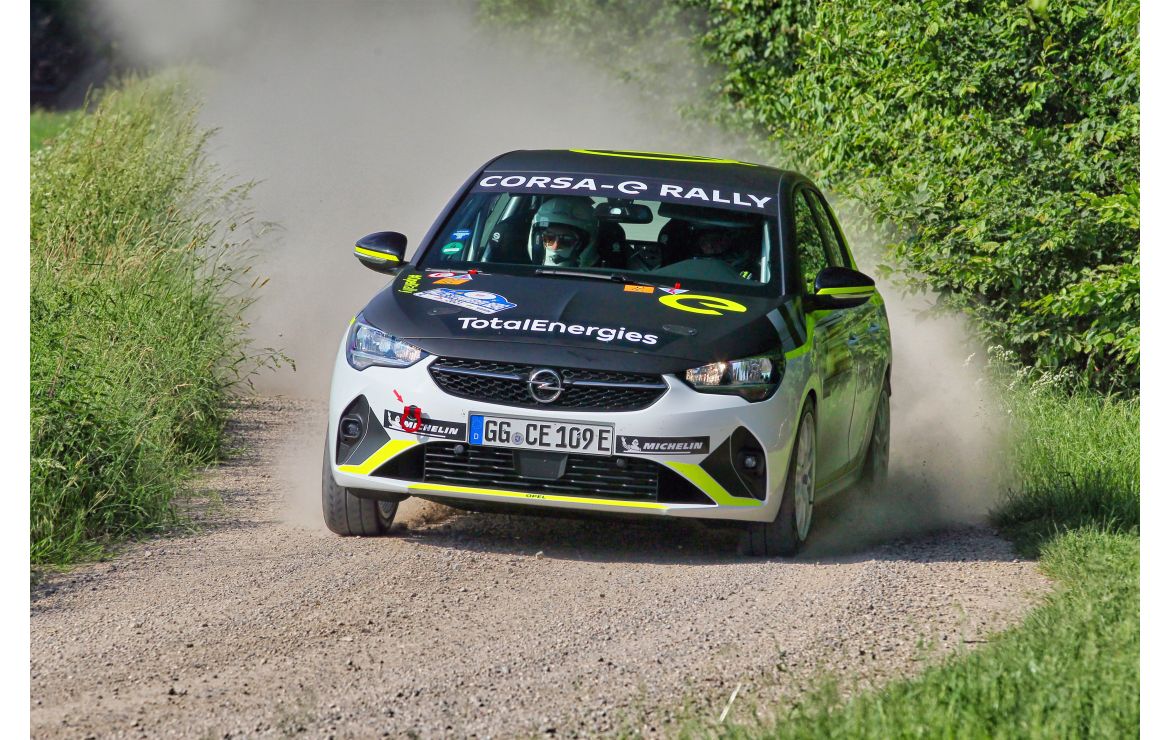 Rüsselsheim.  The victory of Frenchman Laurent Pellier and his co-driver Thierry Salva from the Saintéloc Racing team marked the successful premiere of the world's first electric rally one-make cup, the ADAC Opel e-Rally Cup, at the “ADAC Rallye Stemweder Berg”. The 13 teams from five nations in their 100 kW (136 hp) Opel Corsa-e Rally cars showed electrifying rally sport in the truest sense of the word on the demanding asphalt stages around Lübbecke.

“The ADAC Opel e-Rally Cup made a strong debut,” said Opel Motorsport Director, Jörg Schrott. “The Corsa-e Rally performed brilliantly, the times were impressive and the field was close together. The charging infrastructure also met our expectations, ensuring that the rally ran smoothly. We are very satisfied, but that doesn't mean we are sitting back. On the contrary, we have learned a lot new and will continue to work hard on optimising details.”

Among the debutants in the colourful field of participants was a particularly prominent name, Timo Scheider. The double DTM champion and former Opel works driver soon felt at home in his new surroundings. Supported by co-driver Tobias Braun, the 42-year-old current World Rallycross Championship contender improved from special stage to special stage and finished in an impressive fifth place.

“This result and my first rally far exceeded my expectations,” beamed Scheider, who took overall victory in the 2003 Nürburgring 24 Hours alongside Marcel Tiemann, Manuel Reuter and Volker Strycek in the Opel Astra V8 Coupé. “It was such incredible fun. The Corsa-e Rally is a great car that immediately gives you a lot of confidence. With every kilometre I got more comfortable with driving on pace notes, but I would never have expected fifth place overall beforehand!”

In addition to the cup contenders, another Corsa-e Rally started as a VIP car in front of the field. Opel racing-legend Volker Strycek acted as taxi driver for actor Roman Knižka and model Ashley from the casting show “Germany's Next Top Model”, who won the coveted Opel-shoot in the recently concluded season.

The ADAC Opel e-Rally Cup continues with the second round on August 7 at the “ADAC Holsten Rallye”.