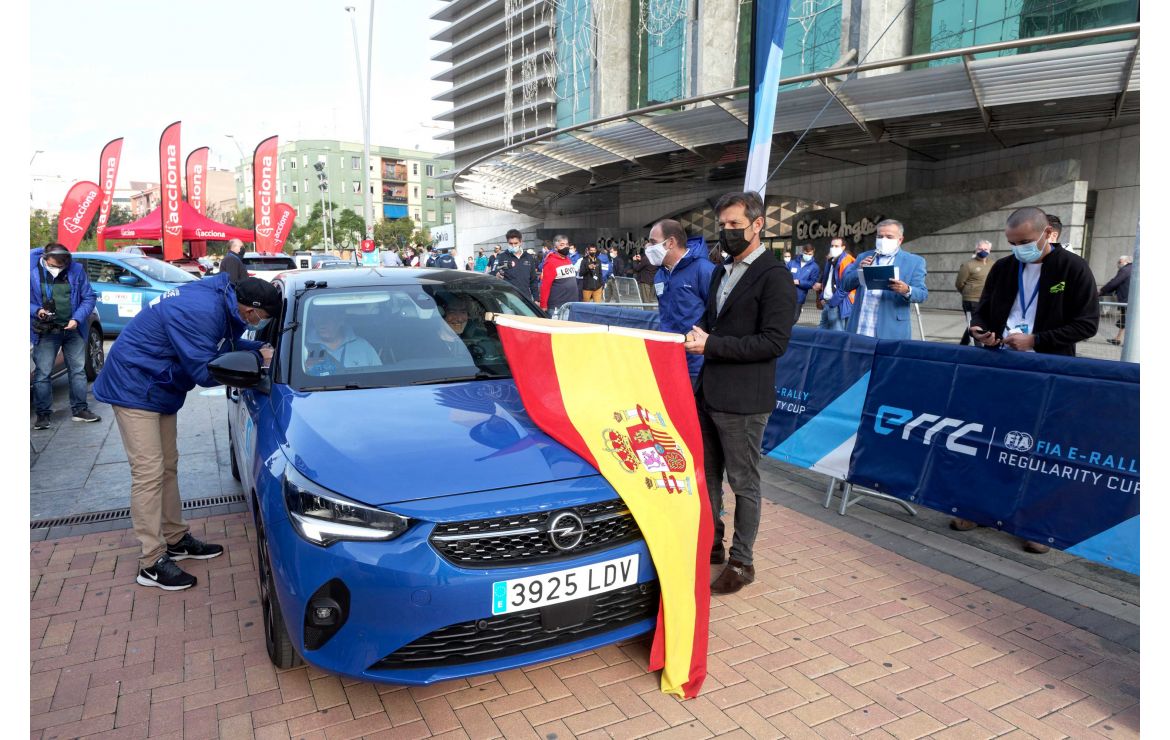 Rüsselsheim.  Already the winner of numerous prizes awarded by expert juries, most recently the “Golden Steering Wheel 2020”, the Opel Corsa-e has now established itself as a champion in motorsport. Entered for the first time in international competition, the Corsa-e has secured its first title – the 2020 FIA E-Rally Regularity Cup (ERRC).

Conceived by the Fédération Internationale de l'Automobile (FIA) to promote alternative energies in motorsport, the ERRC grows in importance every year. Reserved strictly for production cars, the competition combines a regularity rally timed to the tenth of a second with an efficiency classification where every Watt-hour (Wh) is counted.

Launched with a calendar of eight events, the 2020 FIA ERRC was adapted to the effects of the Covid-19 pandemic. Started during the summer, the shortened season turned out to be the toughest in history with the entry of five international champions, as many national champions from France, Italy, Spain and Portugal and from a dozen manufacturers including VW, Renault, BMW, Mercedes and Tesla.

The Opel Corsa-e crewed by Artur Prusak and co-driver Thierry Benchetrit took the lead in the first round with a dominant victory in Iceland. Opel clinched the title with two more podiums on the remaining events in Portugal and Spain.

Timed to the tenth of a second over hundreds of kilometres, the Opel Corsa-e set a record-breaking average energy consumption of 12.7 kWh per 100 km during the championship. Over the season as a whole, no other model from the dozen or so brands involved was as efficient.

"The FIA ERRC demands driving as smoothly as possible in order to maintain the average speeds specified by the regulations, without wasting energy," explains Artur Prusak, the champion driver in 2015, 2016 and 2020. "It is this balance that makes the championship so interesting and the reason why more and more competitors are entering it. We quickly gained the advantage thanks to the Opel Corsa-e and the lead grew after each rally."

"Thanks to its agility and technology, the Opel Corsa-e proved itself the most competitive car whatever the terrain," says Thierry Benchetrit, who is the first co-driver to be crowned four times in the ERRC. “In the mountains, on the plains, in the city, we were always at the forefront in terms of efficiency and regularity."

During the championship, Prusak and Benchetrit received logistical support from Opel in France and in the countries that hosted the rallies.

The Opel Corsa-e is the electric car for everyone, offering state-of-the-art electric mobility. With a 100kW (136hp) motor, 260 Newton metres of instantaneous torque and a range of up to 337 km according to WLTP1, the five-seat Corsa-e is suitable for every-day use. The 50 kWh battery can be fast-charged to up to 80 per cent state-of-charge in 30 minutes.

Opel is also the first automobile manufacturer in the world to offer a battery-electric vehicle for customer rally sport. The Corsa-e Rally is based on the production model and specially developed for competition by engineers from Opel Motorsport. In 2021, Opel and the ADAC will start the ADAC Opel e-Rally Cup, the first one-make rally cup for electric cars in the world.

[1] Range determined according to WLTP test procedure methodology (R (EC) No. 715/2007, R (EU) No. 2017/1151). The actual range can vary under everyday conditions and depends on various factors, in particular on personal driving style, route characteristics, outside temperature, use of heating and air conditioning and thermal preconditioning.