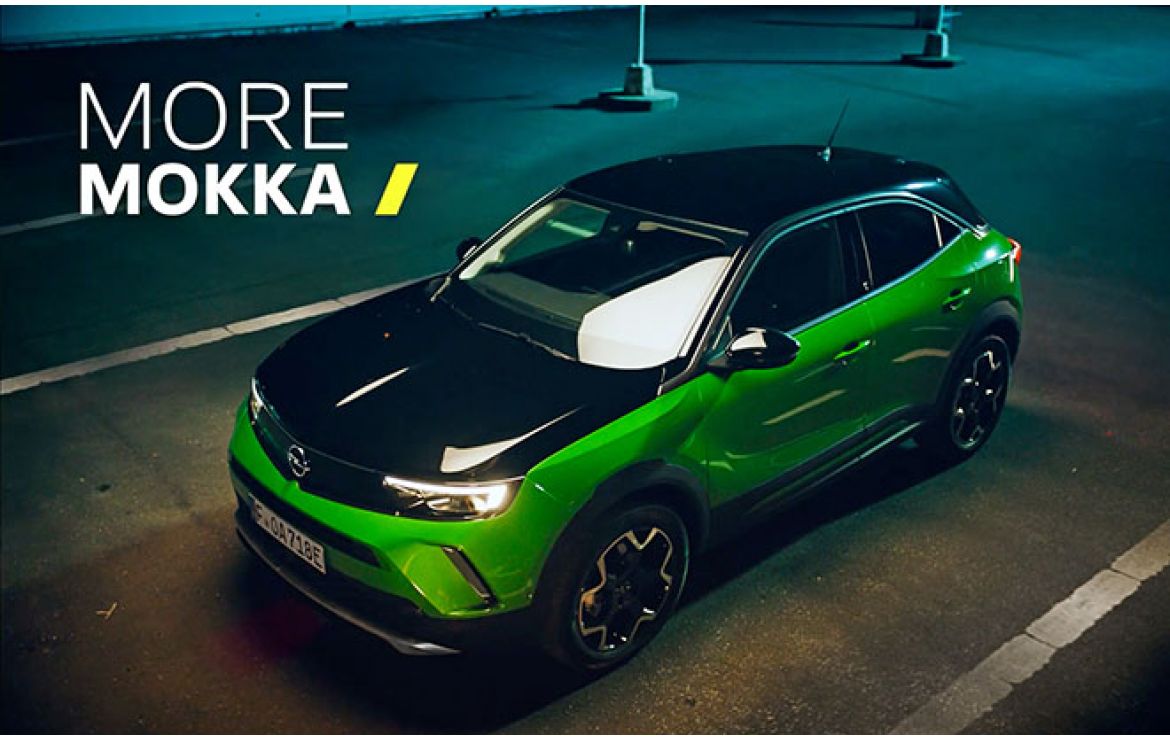 Rüsselsheim.  “The world has reset. Less about running on empty, more about recharging the battery … Less me, me, me, more us, ours, we … Less blah blah blah, more get up and dance … Less normal, more Mokka.”

So says the international 360-degree advertising campaign for the new Opel Mokka, which begins today online, in the print media, on TV and on the street. The message is reflected in the pioneering design and innovative technologies of the new model, with which Opel is driving into the future – pure and bold, with renewed self-confidence. The slogan of the campaign says it all: “Less normal. More Mokka.”

In addition to the TV commercial, the campaign runs on digital channels where the message is underlined by progressive Mokka ambassadors such as creatives, designers, musicians and influencers – stars and performers who have their very own style. Starting today, the new Mokka will become a frequent sight on numerous digital platforms and social media channels, in advertisements and in lifestyle advertorials – always with the wow factor.

“Our new Mokka campaign is bold, surprising, extrovert. It is about positivity, style and progressiveness”, says Patrick Fourniol, Vice President Brand Marketing. “The new Mokka is a head turner that will change the perception of our brand. With the Mokka, we are reinventing Opel and introducing our new bold and pure design for the next decade. Fun, young-minded, electric and innovative in all respects, our new model embodies the Opel brand values – exciting, approachable, German – in the most progressive way.”

The upbeat background music for the TV commercial, which was jointly developed by Opel and the Frankfurt, Germany agency “VELOCITY McCANN”, is provided by a cover version of the well-known Broadway song “Feeling Good”, specially remixed for the new Mokka. With its intro “It’s a new dawn, it’s a new day, it’s a new life for me … and I’m feeling good“, this hymn sets the tone for the whole campaign. It stands for a self-confident re-start combining the best of tradition and modernity – like the new Opel Mokka does.

“This film tries to capture the zeitgeist of our time. It feels like the world has reset and even though we all want to go back to normal we don’t want the normal we had”, as Don Bryan, Executive Creative Director of VELOCITY McCann explains.

Pure and bold: Heading for success with pioneering design and top technologies

A car designed to arouse emotions and show the way forward for the brand, the new Opel Mokka is the first to wear the new brand fascia, the Opel Vizor. The same goes for the redesigned Opel Blitz emblem and the centrally aligned model name at the rear. The new Mokka is also the first Opel with the Pure Panel and a fully digitised cockpit. In addition, it is available since the start of the sales with electric drive as well as highly efficient combustion engines.

The Mokka-e won the “Connected Car Award 2020”. The all-electric vehicle was elected winner of the hotly contested compact car category by the readers of Auto Bild and Computer Bild.