A Penchant for The Maritime: Sharks are Cult at Opel 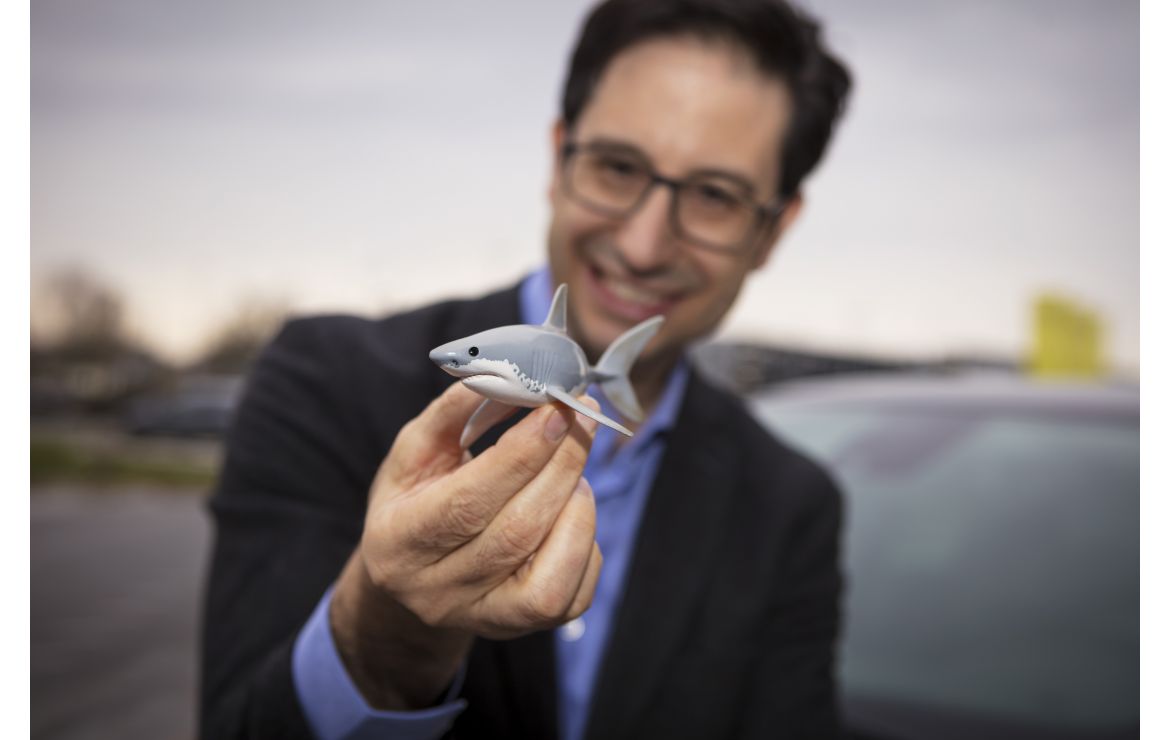 Rüsselsheim.  Sharks are “in” at Opel. Sometimes more, sometimes less visible, they swim through various models with the Blitz logo. They can be found in the new Opel Mokka and the best-selling, prize-winning Opel Corsa too. But it was a long journey before miniature versions of the apex predator established themselves at Opel. In the end, it is hardly surprising, since the carmaker has always had a penchant for the maritime, and has done so for decades.

The Kadett, Admiral and Kapitän street cruisers set sail early on. The brand's flagships of yesteryear delighted car buyers with their unmistakable design. The maritime affinity remained with Opel, but over time shifted to the creatures below the surface of the sea. In 1970, Opel presented the Manta, a sports coupé that proudly bore its ray-shaped emblem on the outer skin. To this day, the Manta arouses so many emotions that, to the delight of its fans, it is currently making a comeback as the emissions-free Manta GSe ElektroMOD.

The Opel designers attached great importance to the accurate design of the Manta’s characteristic emblem. With the same attention to detail, they have been dedicating themselves to the shark for more than a decade and a half. “It started 17 years ago and has developed into a real cult,” says Design Director, Karim Giordimaina.

The shark story: How a child's idea became a cult

So where do the sharks come from? One Sunday in 2004, Opel designer Dietmar Finger was at home drawing a design for the new Corsa. More precisely, the unspectacular outer wall of the glove box, which is covered most of the time by the closed passenger door. When the box is opened, this wall must provide stability, which is achieved with transverse ribs in the plastic surface. The designer now had to design these ribs. As he was in the middle of his design, his son walked by, took a look at the sketch and asked: "Dad, why don't you draw a shark?" Why not? Finger thought to himself and gave the ribs the shape of a shark. An idea and a new tradition was born. The shark in the glove compartment went into production. From then on, the success story of the "Opel shark" took its course. Giordimaina, who was responsible for the interior design of the Zafira at the time, also hid three small sharks in the cockpit of the flexible compact van. Further "shark sightings" followed, first in the Opel ADAM, then in the current Opel Astra and finally in the other passenger car models from Opel Crossland and Opel Grandland X to the Opel Insignia.

This has created a real internal cult. Since then, every interior chief designer makes sure that at the end of the development process he places at least one shark somewhere in the interior. They usually remain undiscovered until the launch of a car.

To be continued: The shark will also appear in future Opel models

For Giordimaina, the shark has become an important Opel feature over the years, not only in the glove box: "Journalists now ask us where the sharks are when we introduce new models. I always encourage our designers to hide sharks in the interior of new designs. The affectionately drawn predators stand for what distinguishes Opel – the passion for our cars. We are passionate about the design of our vehicles and precise in every detail. –We are approachable, human and do everything with a smile on our face. And that's exactly what we want our customers to feel.

Sharks will continue to appear future Opel vehicles, sometimes more, sometimes less concealed. Depending on the Opel model, they may well change their territory in the depths of the interior.