Following a comparative test of six finalists, New Citroën Berlingo wins Autobest « Best Buy Car of Europe » 2019 Award. This Title rewards the best car purchase in 2019. The jury greets the 3rd generation of the creator of the LAV, the ideal partner of all the families and leisures. New Berlingo adopts a modern design, coherent with the new Citroën identity. It offers more comfort, practicality and nearly 20 driving aids technologies. 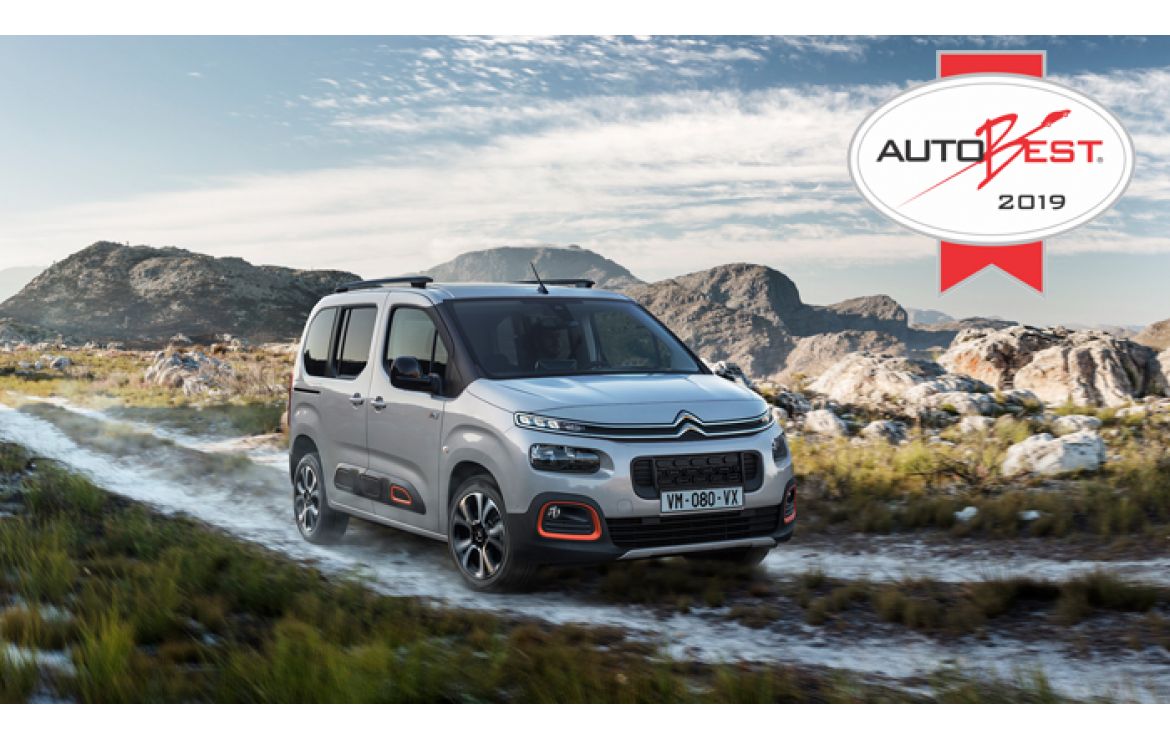 Every year since 2001, Autobest has recognised the car receiving the highest number of votes. Submitted to the votes of 31 motoring journalists from 31 European countries, the cars are assessed on the basis of 13 criteria, including value for money, design, comfort and technologies, as well as service quality and spare parts availability in the retail network.

This is the first time in the history of Autobest that the "Best Buy Car of Europe" prize is awarded to the same manufacturer two years in a row. Following in the footsteps of last year's winner, Citroën C3 Aircross Compact SUV, New Citroën Berlingo stood out from its rivals and won the 18th edition of the award on the strength of its substantially modernised design together with its technologies and selection of latest-generation engines, bringing a true breath of fresh air to the leisure activity vehicle (LAV) segment. Inspired by customer expectations, the new generation perfectly illustrates the Brand new signature, “Inspired by You”. New Citroën Berlingo is a multi-faceted model that stands as a smart purchase for families or seniors, who consider it the ideal partner for their active lifestyles and are above all fans of the vehicle’s spaciousness and practicality.

The award, attributed to the passenger car version of New Berlingo, adds to the prestigious title of “International Van of the Year 2019” earned by the light commercial version, New Citroën Berlingo Van, in September at the Hanover Motor Show. Another award received this week: the 2019 French Argus Trophy, "Van of the Year", once again acknowledges the design, the customer features, and the equipment of this 3rd generation of Berlingo, a key product in Citroën's LCV dynamics in Europe.

Top-selling Citroën model in nearly 17 countries in 2017, Berlingo remains the second best-selling Citroën model behind C3. All in all, it has been produced in over 3.3 million units since launch in 1996. More modern and featuring the styling cues of the most recently launched Citroën models, New Berlingo is an integral part of the Brand's renewal. Since launch in September 2018, New Citroën Berlingo has been ordered in over 13,000 units and is sure to make a major contribution to Citroën’s strong sales momentum. With over 690,000 registrations in Europe at end-October (the best result in seven years), Citroën sales are up 6% in Europe, more than triple the market average.