Less than a year and a half after its launch, the 3rd-generation Citroën Berlingo already has more than 200,000 sales worldwide. In Europe, it has reached a 16% share in its segment (PC+LCV) in 2019, making a major contribution to the momentum of Citroën, the brand with the strongest growth among the top 12 carmakers over the year*. 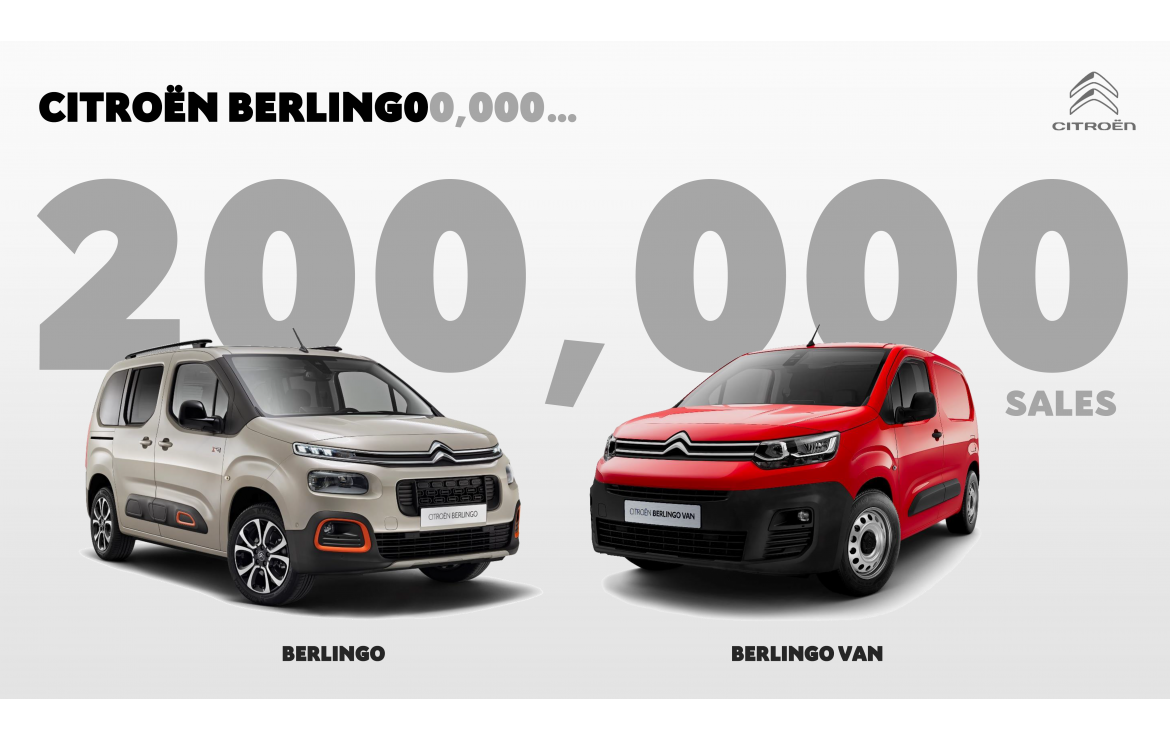 As a real blockbuster for the Brand in Europe, it alone accounted for a 16% share in its segment in 2019* with 2/3 of registrations on the commercial version, Berlingo Van, and 1/3 on the passenger car version, Berlingo. The commercial success of this 3rd-generation Berlingo thus makes a major contribution to the momentum of Citroën, the brand with the strongest growth among the 12 best-selling carmakers in Europe in 2019*.

With its comfort, its intelligent-led design and its driving assistance technologies, this 3rd-generation Berlingo also confirms its appeal through rich product mixes, including: