Since the opening of orders 100% online on its site store.citroen.fr/ami., Ami - 100% ëlectric has already won over more than 1000 customers by its innovative design, accessibility and ease of use. Ami is now boldly taking over the streets of the capital through the operation "Ami ?? Paris". Designed for the city and its inhabitants, Ami – 100% ëlectric is characterized by a strong, colourful personality. Citroën relied on this personality to put forward 20 Ami with a unique design inspired by Parisians as part of the launch of Ami in carsharing in Paris via the Free2Move fleet. 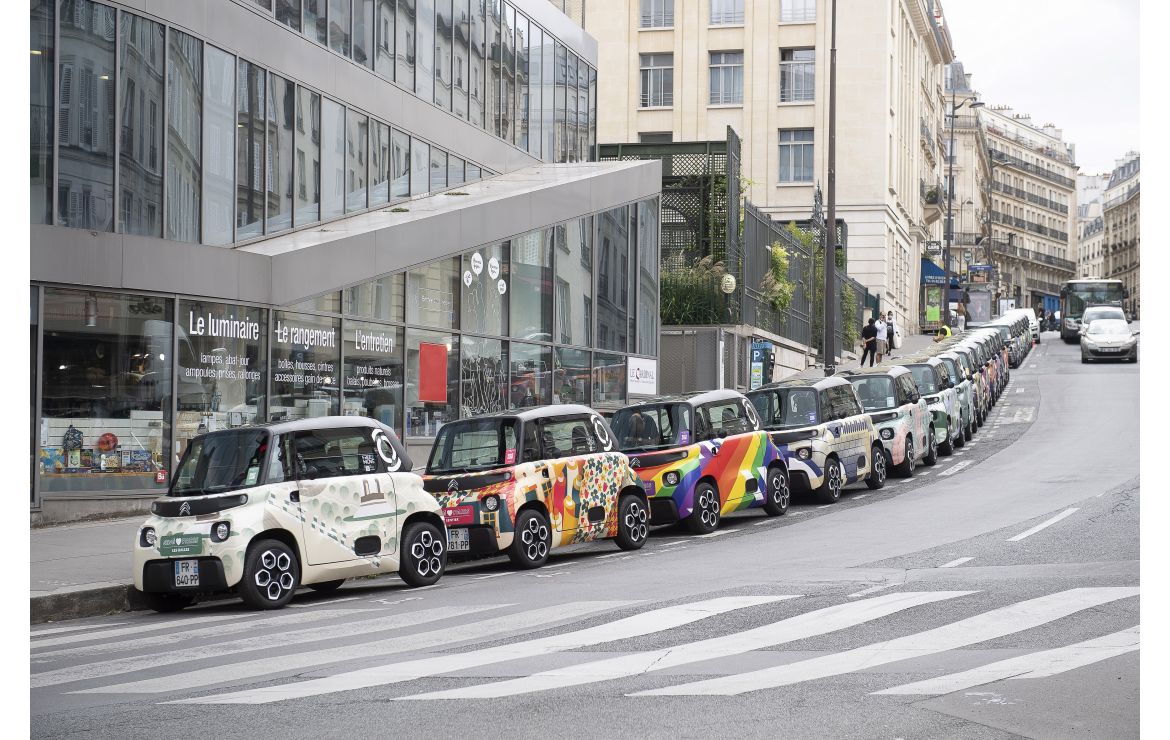 Ami – 100% ëlectric, will join the Parisian Free2Move fleet from mid-September. More than 100 Ami – 100% ëlectric will soon be available for carsharing in the streets of the capital. Ami is doing its part to facilitate urban mobility and reconcile city dwellers and cars. The arrival of Ami in carsharing will be the opportunity to discover the unique designs of the “Ami ?? Paris” operation and all the strengths of Ami, a mobility solution accessible to all, 100% electric, 2 seats, ultra- compact, easy to handle, protective that makes life in the city easier.

Citroën wanted to mark the launch of Ami by creating the event. Citroën and Free2Move, in partnership with Traction agency (BETC group), are launching the "Ami ?? Paris" operation and are providing Parisians with a fleet of carsharing vehicles unlike any other. This unique, urban operation provides the opportunity to discover Ami in a different way.

The idea "Ami ?? Paris" was born from the observation of a reality. While one may tend to think that all of Paris is a single, homogeneous city, made up of large Haussmannian boulevards - especially when one does not live there - the reality is quite different. And it is only when they are abroad that its inhabitants say that they live in Paris. Among themselves, they hardly say that they live in an arrondissement: Parisians live and claim to be in a neighborhood.

Pigalle, Montmartre, Belleville, Saint-Germain des Prés, the Marais ... To honour the Parisian districts, 20 Ami – 100% ëlectric have been dressed in the colours of 20 iconic districts of the capital. The design of these 20 unique vehicles was imagined thanks to the stories and anecdotes of their inhabitants. Who better to narrate Paris than those who have lived there for years?

This launch will be accompanied by a 100% Parisian geolocated social media campaign, made up of digital mini-films highlighting the stories of Parisians who participated in the development of the designs.

With the Free2Move application, customers can book the nearest Ami in real time for a few minutes, a few hours or for all day. Either at the foot of their building or at the street corner, Ami is available in the following towns: Paris, Issy-Les-Moulineaux, Vanves, Sèvres et Saint Cloud, Saint Mandé, Boulogne-Billancourt et Bois de Vincennes (Lac Daumesnil + Zoo). And for serene journeys, the Free2Move teams look after and load Ami daily.