On the launch of the New Citroën C4 Cactus hatchback, Citroën is unveiling its international advertising campaign. The pitch: a father is going to the office after having dropped his children off at school. A scene taken from daily life which is humorously transformed into a real urban journey for the mug of coffee forgotten on the roof of the car… which survives intact thanks to Citroën’s suspension technology with Progressive Hydraulic Cushions™, fitted to this model as a first in Europe. More than ever, with New C4 Cactus hatchback, ‘Comfort is the New Cool’. Find out more with the online preview: http://bit.ly/2F8Dv8L 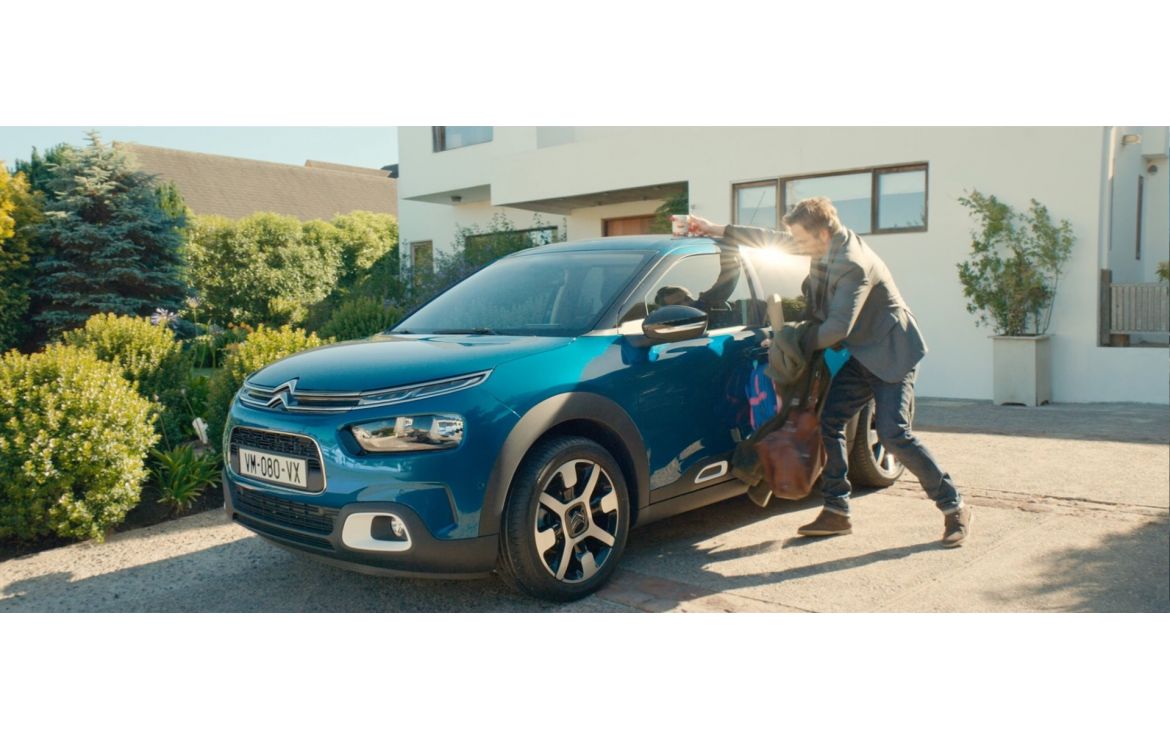 COMFORT IS THE NEW COOL

On the commercial launch of New C4 Cactus, Citroën’s ultra-comfort hatchback, the Brand is today unveiling an offbeat campaign.

This campaign, developed with the agency Traction and which is inspired by our ever more intense daily lives, highlights all the benefits of Citroën’s suspension technology with Progressive Hydraulic Cushions™ fitted on this model. The film “The Mug” showcases the daily lives of a father and his family. Eating breakfast, dropping the children off at school, going to work: a morning routine which keeps this father busy. Caught up in the morning rush hour, he forgets his mug of coffee on the roof of the car. Turning into a real hero, the mug crosses the entire city without batting an eyelid, thanks to the exceptional performance of Citroën’s suspensions with Progressive Hydraulic CushionsTM. The film combines original and spectacular shots of the car through its urban journey, daring to humorously push the idea to its limits: it is not suggesting that you do the same with your favourite mug, but rather that you discover the unique comfort of New Citroën C4 Cactus hatchback!

This campaign is a new demonstration of the Brand’s ‘Inspired by You’ positioning, because Citroën knows that your life is hectic enough…

Benefitting from the Citroën Advanced Comfort® programme, New C4 Cactus invites you on a journey, whilst immersing its occupants in a real cocoon. In Europe, it introduces Citroën’s suspensions with Progressive Hydraulic Cushions™ which make the flying carpet effect accessible to as many people as possible, and presents as a world first Advanced Comfort seats. It meets the key requirements of the segment with its 12 driving aid technologies,
its 3 connectivity technologies and its engines, which go up to 130 hp.

Recorded in Chile, the film is launched:

- Today in France, with a 1st TV broadcast at the start of the evening on national channels and TNT.
- In Austria from 2 March, in Spain and Italy (4 March), in Switzerland (10 March), in Germany (30 March).
- And beyond that, depending on the vehicle’s commercial launch, in around thirty countries in all, being mainly broadcast in a 30 second version.

The TV campaign is fully backed up - billboard, press, radio and digital – presenting the slogan ‘Comfort is the New Cool’, and will be supplemented by digital activations throughout the year, with shorter versions (25 and 20 seconds).

The print supporting it provides an understated and neat design, with a special, unique and original typeface, created by the designer Alex Trochut, who has previously stood out in particular through his partnerships with Adidas, Apple, Coca-Cola, Converse, etc.

For the soundtrack, Citroën is continuing its strategy which is now used at each launch: that of choosing a French band, in line with the French origins of the Brand!

Following the bands Part Time Friends (Citroën C3), Blow (C3 Aircross) and also Naive New Beaters (SpaceTourer), it’s the turn of Superjava to join the group! The track ‘All in all’, already heard at the presentation of New C4 Cactus hatchback in October, accompanies the launch campaign. It was the bright and sunny electro-pop with which the four guys in Superjava - Archibald, Alexandre, Arnaud and Julian - express themselves, in a ‘feel good’ dance style, which attracted the Brand to have them support it in this international launch.

As an international automotive brand at the heart of the mainstream market, Citroën has cultivated boldness and creativity since 1919. Standing apart through their design and ensuring well-being through comfort and technology, Citroën cars like the New C3 and the New C3 Aircross Compact SUV, bring a breath of fresh air to the automotive world. The brand is popular in its noblest sense: its main source of inspiration is people and their lifestyles. This spirit is captured in its signature: “Inspired By You”. It also finds expression through a unique customer experience with its city store concept ‘La Maison Citroën’, its online opinion site ‘Citroën Advisor’ and mobility solutions such as Citroën Rent & Smile and Citroën Earn & Drive. With 10,000 sales and after-sales points in nearly 80 countries, Citroën sold over 1.1 million vehicles in 2017. The Brand has also amassed eight Manufacturers’ titles in the World Rally Championship and won three consecutive Manufacturers’ title in the FIA World Touring Car Championship.