Alfa Romeo Racing ORLEN brought home four points from the Grand Prix in Sochi, courtesy of eighth place by Kimi Räikkönen. Team-mate Antonio Giovinazzi was 16th in a race heavily influenced by a downpour of rain with little more than five laps to go. 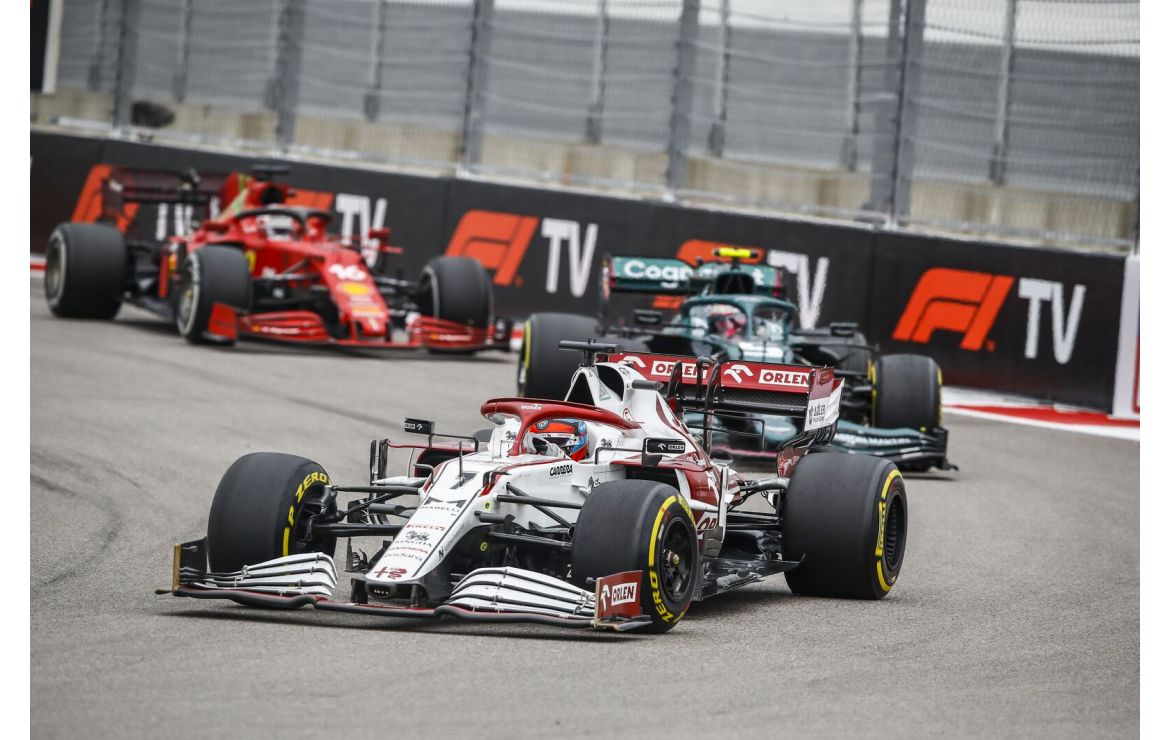 Alfa Romeo Racing ORLEN brought home four points from the Grand Prix in Sochi, courtesy of eighth place by Kimi Räikkönen. Team-mate Antonio Giovinazzi was 16th in a race heavily influenced by a downpour of rain with little more than five laps to go.

Räikkönen, starting in 13th, had a really good start to climb to 10th at the end of the opening lap. He settled into a rhythm and, when the rain came, the team made the right call to switch to intermediate tyres, gaining ground and crossing the line in P8. Antonio’s race was eventful: after receiving a hit on lap one, forcing him to take to the escape road, his radio failed. He had to navigate the whole race without any communication from the pit wall, and managed to be involved in several interesting battles and overtakes.

The result brings the team up to seven points in the championship, with the next race taking place in Istanbul on October 10th.

Frédéric Vasseur, Team Principal Alfa Romeo Racing ORLEN: ”The race ended up being very exciting and we head home with a good haul of points. Despite a difficult Saturday, we entered the race with some quiet optimism as we knew we would be in a position to fight. Kimi had a good start to jump to P10, while Antonio was hit and had to recover from the back. He was in a few good fights and made some nice overtaking moves –all the more so as he had no radio. Kimi was able to stay with Ocon for most of the race, just outside the points, and when the rain came we made the right call to stop for inters. He was able to make up ground and cross the line in P8, four good points for the team. It’s a good result, a reward for the job we have done so far and a confidence boost ahead of the next race in Turkey, in two weeks.”

“It was a good result we fought hard for. We could keep up with our rivals in the dry but passing them was not easy, especially in the DRS trains. In the end, we made the right call on the tyres: I thought it was getting too wet and we chose to box, which really helped us in the end. We did the best we could and we have some points to show for it.”

“It was an eventful race with lots going on. I was hit in turn two and I lost a few places there: in addition, I was without radio from the first lap, so it was impossible to communicate with the team. It has been a difficult afternoon, especially when the rain started at the end of the race and I couldn’t talk to the pits about the tyre change. I’m pleased for the team’s result, but I’m already looking forward to Turkey.”