Three-way for the Abarth 124 rally at the Barum Czech Rally Zlín, round 4 of the FIA European Rally Championship 2021

The tarmac of the Czech Republic’s Rally will host the fourth event of the Abarth Rally Cup, part of the FIA ERC.  With Łukasz Sitek as his navigator, Dariusz Poloński – the leader with three wins under his belt – will compete with Martin Rada and Roberto Gobbin. After his ERC2 podium at the Rally di Roma Capitale, Poloński is also aiming for reconfirmation on the 210.92 km of special stages that make up the Czech Rally. 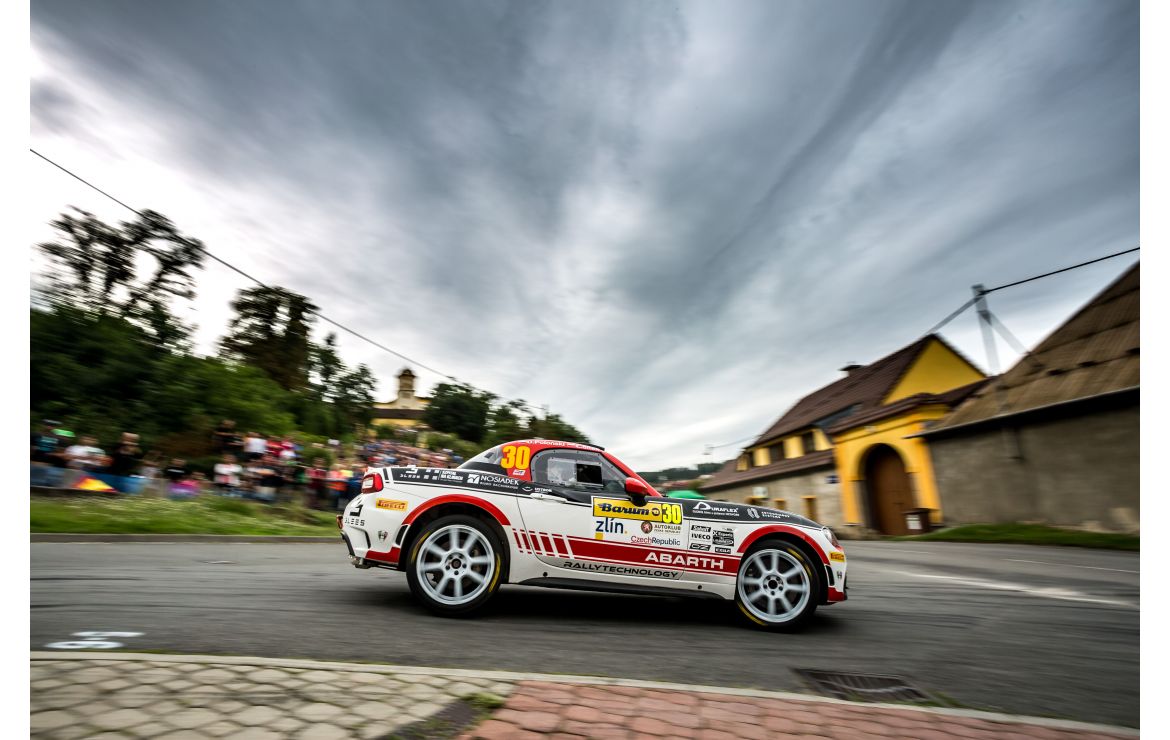 After a short summer break following the Rally di Roma Capitale, the 'return round’ of the Abarth Rally Cup 2021 is underway at the Barum Czech Rally Zlín. The Czech Republic, Hungary and the Canary Islands will be the settings for the final three rounds of the series reserved for the Abarth 124 rally, forming part of the continental FIA European Rally Championship (ERC) series. Leading the standings among the Scorpion cars are the Poles Dariusz Poloński and Łukasz Sitek (Rallytechnology), winners of the first three rounds in the season on gravel in Poland and Latvia, and on tarmac in Rome. It has however been one second placing apiece for the Czech team of Martin Rada and Jaroslav Jugas (Agrotec), who made a strong impression in Latvia, and for the Italian crew made up of Roberto Gobbin and Alessandro Cervi (Evo Motorsport), having shown their mettle at the Rally di Roma Capitale. The Czech Republic tarmac will be challenging ground for the three teams in an Abarth 124 rally, who will face 210.92 km of special stages around the city of Zlín from August 27th to 29th.

After the cancellation of the 2020 edition, the Barum Czech Rally Zlín celebrates its 50th edition this year, on a route that remains highly treacherous, the result of the lay of the Czech roads and how uneven and slippery they are. A true test on tarmac for the Abarth 124 rally, which proved in both 2018 and 2019 that it has the right characteristics to deal with the fast stretches in the forests of the Czech Republic. The unpredictable weather is another variable that has often muddied the waters at the Czech Rally, with drivers, teams and trainers meticulously studying the best strategies to avert any surprises from the downpours that frequently hit the area.