The Rally Islas Canarias, the last round of the FIA ERC European Championship and the Abarth Rally Cup 2020, will be a simple formality for Italian Andrea Mabellini, whose victory in the Scorpion’s one-make championship will be officially announced by ERC during the racing weekend. 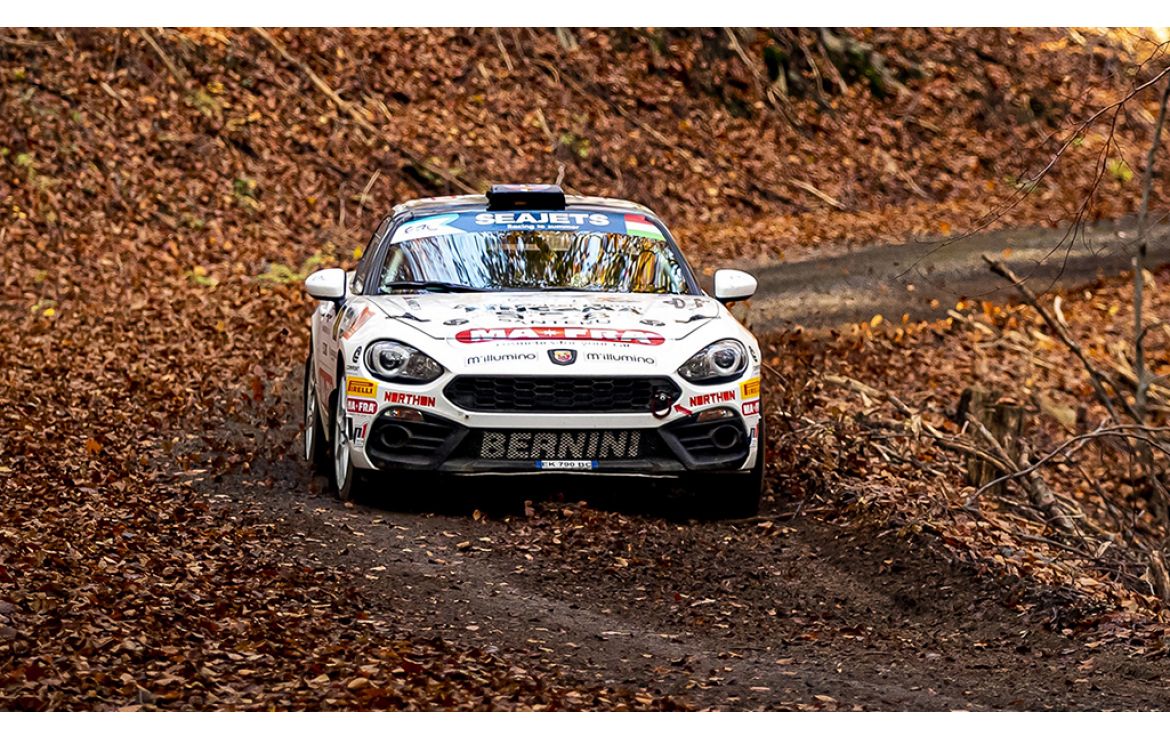 The Rally Islas Canarias, the last round of the FIA ERC European Championship and the Abarth Rally Cup 2020, will be a simple formality for Italian Andrea Mabellini, whose victory in the Scorpion’s one-make championship will be officially announced by ERC during the racing weekend.

Following the cancellation of the Spa Rally in Belgium that was meant to be the last race of the ERC, it has been confirmed that the Abarth Rally Cup will go to the young Italian driver, who is strong of three wins scored in the rallies in Rome (Italy), Fafe-Montelongo (Portugal) and Hungary.

Mabellini with fellow Italian Nicolò Gonella in the Bernini Rally team Abarth 124 R-GT rally sporting the colors of the Napoca Rally Team has set his sights on winning the ERC2 category (with four-wheel drive turbocharged cars in addition to R-GTs in contention) as well. Mabellini is currently standing in third place in the ERC2 ranking.

One of the notable features of the event on the island of Las Palmas in Gran Canaria is the road surface partially made of volcanic lava that is very abrasive with plenty of grip even if it rains The route, mostly debris-free, is characterized by long climbs and descents alternating with fast stretches and tortuous roads, ideal for the Abarth 124 rally.

The 2019 edition of the Rally Islas Canarias was dominated by the 124 rally in the ERC2 ranking with Spaniards Alberto Monarri and Alberto Chamorro.

In addition to Mabellini, the Team Rallytechnology Abarth 124 rally will be back in the Abarth Rally Cup with the Polish crew formed by Dariusz Polonski and Lukasz Sitek.

The race will start from the Gran Canaria stadium in Las Palmas on Thursday, November 26 at 5.15 p.m. after the special qualifying stage, scheduled for 3.03 p.m. that will determine the starting order. The first stage will start on Friday 27 at 9.30 a.m. and conclude at 9.30 pm after nine special stages. The last part of the race will run on Saturday 28 from 9.00 a.m. to 4.28 p.m. following a further eight special stages. The racing course is 559 kilometers long in total, of which 202 km are time trials, spread over 17 special stages.

The event will run behind closed doors due to the COVID-19 pandemic but fans can watch live coverage of four special stages on the ERC Facebook and YouTube, get instant action updates all day on ERC Radio and see highlights on Eurosport.

At the end of the European Championship, the Abarth rally season will continue with the Monza Rally, an official round of the WRC World Championship and R-GT Cup, from 4 to 6 December.