Dariusz Poloński wins again on the Rally Liepāja gravel in round 2 of the Abarth Rally Cup, part of the FIA ERC

The Polish driver, with Łukasz Sitek as his navigator, won the Abarth 124 rally trophy and kept the pace on the gravel in ERC2, finishing 5th and making the 3rd fastest time in 3 special stages. 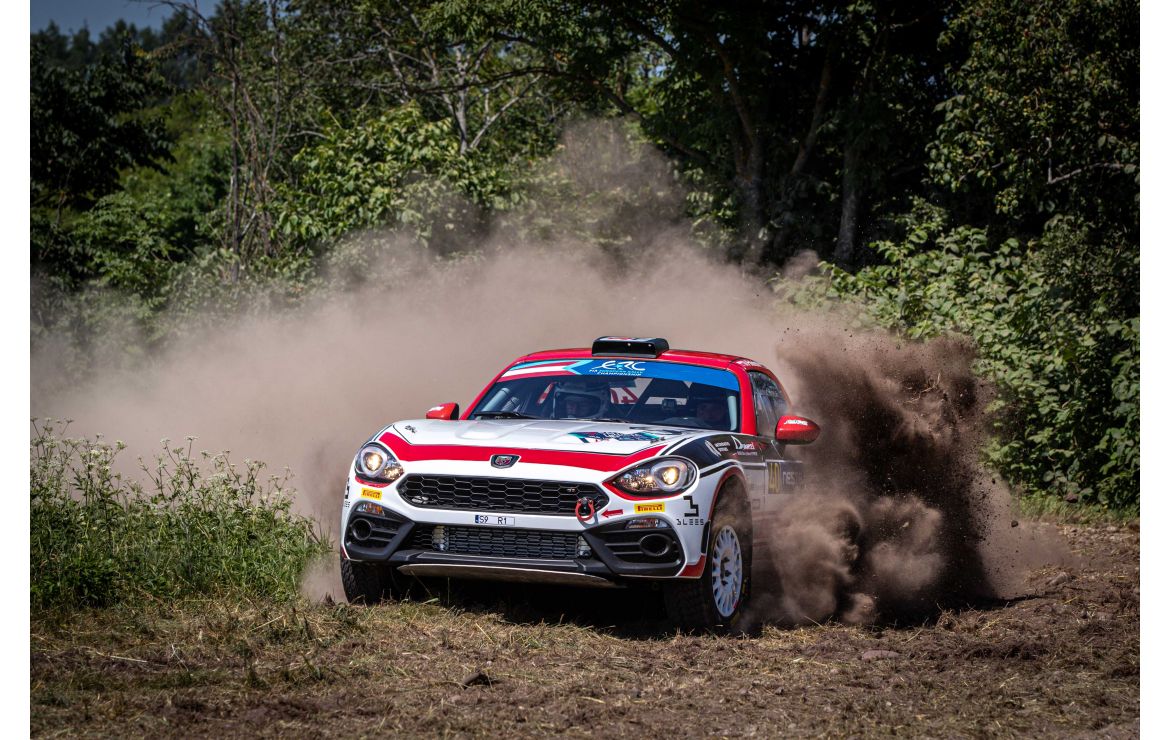 Full spoils for Dariusz Poloński and Łukasz Sitek: after taking the first victory of the season in the Rally Poland, they also won on the Rally Liepāja gravel in round 2 of the Abarth Rally Cup 2021. On the 179.02 km of special stages in Latvia, the Polish crew managed to keep the pace of the best drivers in ERC2, finishing just over a minute from the podium. As the leader in the standings for the Abarth Rally Cup – part of the FIA European Rally Championship (ERC), the Polish driver is pleased with his performance at the Rally Liepāja. “It was a really good rally, with very fast roads and we managed to do everything we could have,” stated Poloński upon arrival in Liepāja. “The car was perfect, very fast on the straight and, even though we had a bit more trouble in the tight turns, we did our best. Except in one stage, where we had a problem with a puncture, the rest was fantastic and we had a lot of fun. We’re now looking forward to the next round, on tarmac, a surface better suited to the characteristics of the Abarth 124 rally. It will then be easier to battle with the cars that were faster this time."

Positive performance too for the Czech driver Martin Rada, with Jaroslav Jugas as his navigator, the Latvian rally the 25th race he has run in the Scorpion car. Despite experiencing difficulties on the gravel, Rada is pleased to have completed a complicated rally like this one in the Baltics: “This is the second time we’ve managed to complete the Rally Liepāja, a race I like a lot. This makes me very happy,” said the Czech driver at the end of the rally. “The car is always perfect and we managed to improve from one stage to the next, despite the fact I’m only just learning how to deal with racing on gravel. Maybe next year we can do even better. I’d like to thank Abarth for their constant support and the solutions they provide us with during the races.”

The next round of the FIA European Rally Championship is scheduled from July 23rd to 25th on the Italian roads of the Rally Roma Capitale, a race that has always brought out the best in the Abarth 124 Rally.