At the Sachsenring, Tramnitz scores a one-two and Lomko wins in round 4 of the ADAC F.4 Championship Powered by Abarth

The German driving for US Racing, twice in pole position, wins in race 1 and 2 and shortens the overall standings on Oliver Bearman.  In race 3, first win of the season for the Russian US Racing driver Vlad Lomko, author of a wonderful battle with the championship leader. Among the rookies, Nikita Bedrin moves up in the standings and climbs up once again onto the overall podium in race 3. 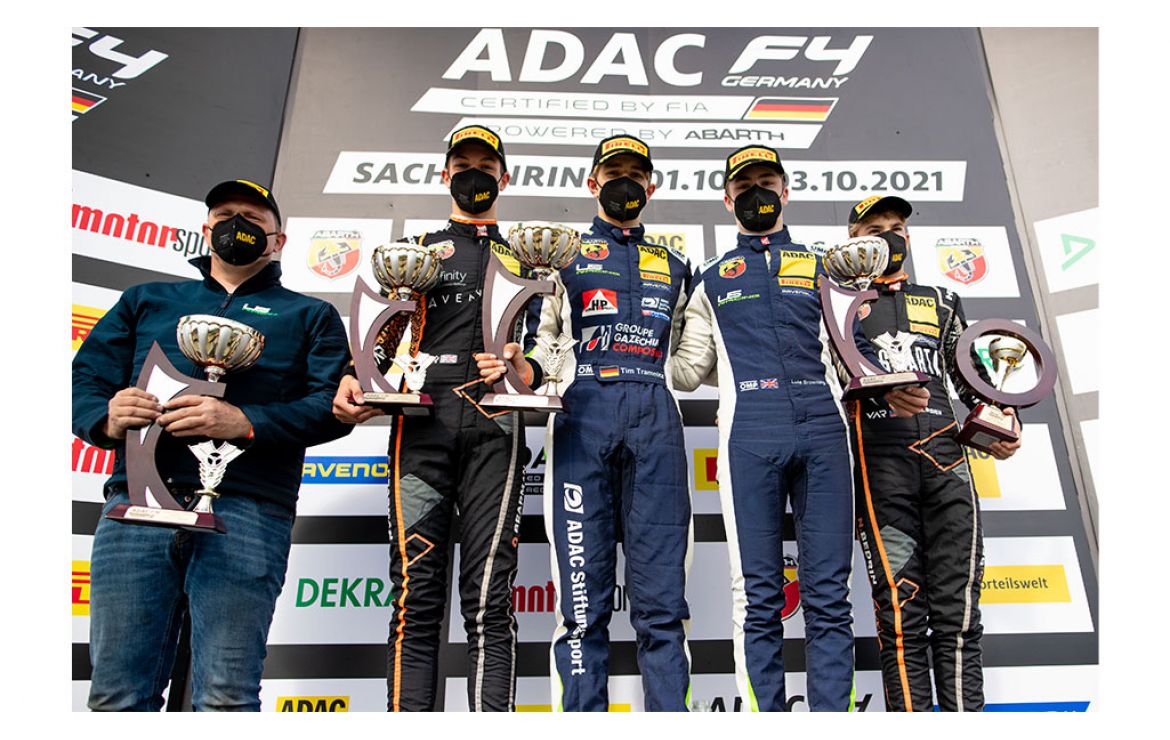 The fourth round of the ADAC F.4 Championship Powered by Abarth on the Sachsenring circuit was an all-US Racing weekend. After taking both pole positions, Tim Tramnitz (GER – US Racing) won the first two races, while Vlad Lomko (RUS – US Racing) took his first win of the season, starting from the front row in race 3. With his two second placings and fourth in race 2, Oliver Bearman (GBR – Van Amersfoort Racing) maintains the lead in the standings, 35 points ahead of Tramnitz. Also on the winding Sachsenring circuit, the Tatuus F4 T.014 with a 160-hp Abarth T-Jet engine – closely derived from the standard one – gave a great show.

In the first race on the Saxony track, Tim Tramnitz started from pole position and resisted attacks in the early stages from the leader Bearman. Despite the safety car coming on, the German US Racing driver maintained the lead in the race until the checkered flag, ahead of Bearman and his teammate Luke Browning.

In race 2, Tramnitz triumphed again at the Sachsenring ahead of his teammate Luke Browning and the Frenchman Victor Bernier (FRA – R-ACE GP). The comeback of Oliver Bearman, who started eighth in the grid, ended in fourth after a race full of attacks.

In race 3, Oliver Bearman came back lap after lap, but despite several attempts, he was forced to give in to Vlad Lomko. The Russian US Racing driver took his first win of the season, confirming the progress he has made. On the podium was also Nikita Bedrin (RUS – Van Amersfoort Racing), who extends his lead in the rookie standings.

The ADAC Formel 4 Powered by Abarth season is heading towards its grand finale with the last two rounds at the Hockenheimring (October 22nd to 24th) and at the Nürburgring (November 5th to 7th).