"Auto e Moto d'epoca 2014" is being held from 23 to 26 October in Padua. It is the most important Italian event in terms of the number of cars on display and public turnout, as well as being one of the main European marketplaces with its high car and spare part sales volumes during the show. Alfa Romeo and Abarth are taking part in the 31st edition as a confirmation of their determination to play a leading role in this continuously growing sector, which is increasingly winning over both car enthusiasts and those who love a vintage lifestyle, and is also adding value to the modern car sector. 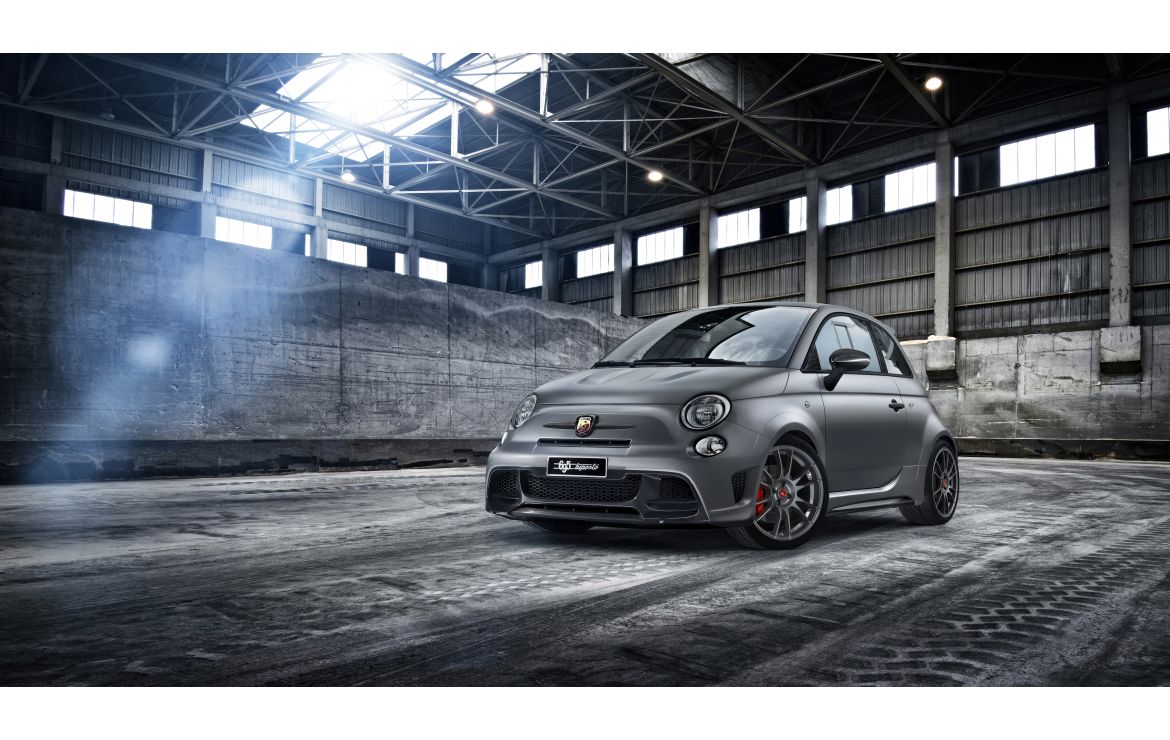 "Auto e Moto d'epoca 2014" is being held from 23 to 26 October in Padua. It is the most important Italian event in terms of the number of cars on display and public turnout, as well as being one of the main European marketplaces with its high car and spare part sales volumes during the show. Alfa Romeo and Abarth are taking part in the 31st edition as a confirmation of their determination to play a leading role in this continuously growing sector, which is increasingly winning over both car enthusiasts and those who love a vintage lifestyle, and is also adding value to the modern car sector.

To welcome enthusiasts and experts, the Alfa Romeo and Abarth brands are on hand with two display areas that are able to heighten the most authentic passion for the motoring of today and yesteryear. In particular, several historic Alfa Romeo and Abarth models, along with the latest current production models, can be admired during the prestigious exhibition. It is the best way to forcefully confirm the uniqueness of the single brands on the international scene, a heritage made up of cars and designers, races and engines, elegance and innovation that have marked the technological progress and sporting events of the 20th century.

Two valuable models that made automotive racing history during the last century come from the Alfa Romeo History Museum: the P2 Gran Premio (1924) and the 8C 2300 "Le Mans" (1931). Sitting beside them are two cars - the Giulietta Sprint (1954) and the Alfetta GTV Turbodelta (1979) - belonging to private collectors, in addition to the brand-new Giulietta Sprint that pays homage to the initiator of an entire class of cars, today's Gran Turismo models, and one of the products that are emblematic of Italian style and construction: the iconic 1954 Giulietta Sprint.

In detail, the enthralling P2 Gran Premio (1924) is the first Alfa Romeo with an 8-cylinder engine, the first designed by Vittorio Jano and the first Alfa Romeo to win a World Title in 1925 with Brilli-Peri. The P2 made its début on the Cremona Circuit in 1924, a race which immediately demonstrated its superiority. The P2's victories propelled Alfa Romeo into the pantheon of the most prestigious manufacturers, resulting in huge worldwide fame and inaugurating its epic sporting period, a prelude to the success of the 1930s. The P2's eight cylinders in line result in a displacement of 1987 cc and power of 155 HP (175 in the last version), taking the car to 225 km/h.

Restored last year and today exhibited at a show for the first time, the exquisite 8C 2300 "Le Mans" (1931) is a downright legend of automotive racing, as its four "Le Mans 24 Hour" wins in a row - from 1931 to 1934 - demonstrate. This Alfa Romeo Museum car was one of the guest stars during the festivities held for the 90th anniversary of the La Sarthe marathon in June 2013. Designed by Vittorio Jano, the 8C 2300 is equipped with a bibloc eight-cylinder in line engine, two four-cylinder engine blocks, powered by a lobed compressor to deliver a maximum power of 155 HP that pushes the car up to a top speed of 200 km/h.
The "8C", a genuine serial-winner, won not only the French 24 Hour, but it also triumphed at Mille Miglia, Targa Florio, the Spa-Francorchamps 24 Hour and, in its "Grand Prix" versions, in a host of international grand prix races. Nine units of the "Le Mans" configuration of the "8C 2300" were built between 1931 and 1933.

The new Giulietta Sprint joins these rarities on the exhibition floor after making its world début at the recent Paris Motor Show. A more marked aesthetic characterisation, thrilling performance and top-class technological equipment make this version the natural heir of the historic Giulietta Sprint that captured the hearts of enthusiasts the world over 60 years ago. The Giulietta was the Fifties dream car of motorists, the vehicle that, for the first time, made the desire of owning an Alfa Romeo an accessible one. Today it is up to the new Giulietta Sprint to once again confirm that common thread that ties the cars of yesteryear to those currently in production.

The Abarth stand set up in Padua offers the public the chance to admire the historic Abarth 695 and the brand-new Abarth 695 Biposto - "the most Abarth of all Abarths" - that pays homage to it on its 50th anniversary.

Taking a closer look, the 1970 Fiat Abarth 695 Assetto Corse - owned by a private collector - has a total displacement of 689 cm³ and is marked by the tailgate raised by the stops in order to increase the cooling of the engine, and thus improve its efficiency. The peculiarities of the model that raced in the 1970s include the dashboard with specific instruments - tachometer, odometer, rev counter, petrol level gauge and oil temperature gauge - 3-spoke steering wheel, Solex C 28 PBJ twin-barrel carburettor mounted on a special aluminium housing, aluminium oil sump, and specific gas intake and exhaust systems.

The ideal synthesis of road and racing cars is the second Abarth car on show in Padua: the 695 biposto. Going on sale in June, the little supercar has already clinched its first success: orders received up until today already exceed the production capacity of this year. After having been tested during major automotive events across Europe (Goodwood, Festival of Speed, LeMans Classic, Lignières Historique, Salon Privée and Gumball 3000), the most recent addition to the Abarth range is ready to unleash all of its 190 horsepower on the roads of the old world. Deliveries are slated to start for the end of the year.

Abarth's challenge was to find the perfect balance to take a car with the performance and feel of the track to the streets, and make it legal. The result of this exciting research is the Abarth 695 Biposto: 190 HP 1.4 T-Jet engine (the most powerful ever installed in a road-going Abarth) weighing just 997 kg, with a weight-to-power ratio of only 5.2 kg/HP (the best in its category) and acceleration from 0 to 100 km/h in just 5.9''. This record-breaking agility is also a result of the wider track and compact body. It is also the first road-going car in the world, currently in its category, equipped with H-pattern gearbox with dog rings.