Abarth 595 elected by readers of “auto, motor und sport” as “Best Car” for the fifth time in a row

Readers of the prestigious German magazine "auto, motor und sport" have once again selected the Abarth 595 as the winner in the “Imported Mini Cars" category. 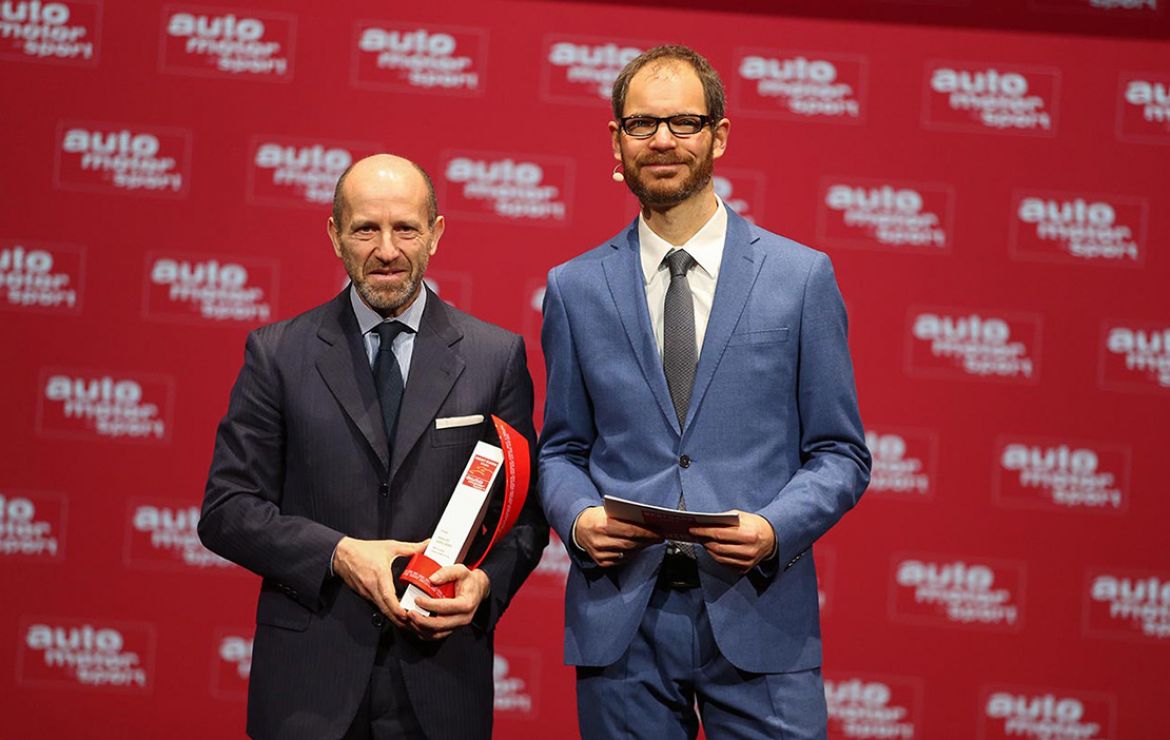 For the fifth year in a row, the Abarth 595 has won the "Best Cars" prize organized by "auto, motor und sport"*. The readers of the magazine voted the Scorpion-logo sports car as the winner of the "Imported Mini Cars" category. The Abarth 595 received around a quarter of the votes. The second place went to the Fiat 500, with 16.2 percent of the votes. In the overall "Mini Cars" category, also including German brands, the Abarth 595 achieved a rousing second place, followed by the Fiat 500.

During the awards ceremony in Stuttgart,  Luca Napolitano, Head of Fiat and Abarth EMEA, declared that “The Abarth 595’s fifth victory in the “auto, motor und sport” readers’ survey confirms and reinforces the bond between our brand and the German market, and also demonstrates its outstanding reputation among Sports Car lovers.  I am extremely proud of the “Best Car” award, which confirms the effectiveness of our strategy of articulating the 595 range, enabling us to appeal to a wider range of voters and also to achieve an excellent sales performance.”

The 500 has notched up another record year in Germany: compared to the previous year, the total number of models sold has grown by 25%. Meanwhile, the Abarth 595 has equaled its record result for 2018, with 3,500 cars sold in its second most important market.

Five model versions are available for the Abarth 595, with a power range between 145 and 180 HP. The spectrum ranges from the Abarth 595 – the entry into the world of Abarth – to the particularly elegantly equipped Abarth 595 Turismo, the distinctly sporty Abarth 595 Pista and Abarth 595 Competizione, and the top version Abarth 595 esseesse. To this 595 range we have added the latest arrival: the 695 70° Anniversario, a limited edition equipped with the “Spoiler ad Assetto Variabile”, celebrating the recent 70th anniversary of the Abarth brand.

For the 44th time, "auto motor und sport" asked its readers to vote for their favorite cars in the "Best Cars" competition. Almost 103,000 readers cast their votes and assessed a total of 387 current models from eleven categories, including an Importation section in each category.